Spanish model and Instagram star Romarey Ventura came into the spotlight as the wife of a renowned professional footballer named Jordi Alba. The power couple dated each other for quite a long time before getting engaged in 2021. And after some time, the pair thought of taking their relationship to the next level and married in June 2022.

Romarey Ventura is famous on Instagram as a model and influencer who usually shares pictures of her lifestyle and fashion. The celebrity spouse has also worked with numerous clothing brands. Besides that, Ventura has amassed more than 589k followers. On the other side, her husband, Jordi, is a Spanish professional footballer playing for La Liga club Barcelona as a left-back.

How Rich Is Jordi's Wife?

Jordi's wife, Ventura, is a popular social media influencer, and she now serves as the brand ambassador of Valeria Savannah clothing. So, Ventura must have earned a decent sum working with multiple companies. She lives a lavish life and flaunts her life via her Instagram account. 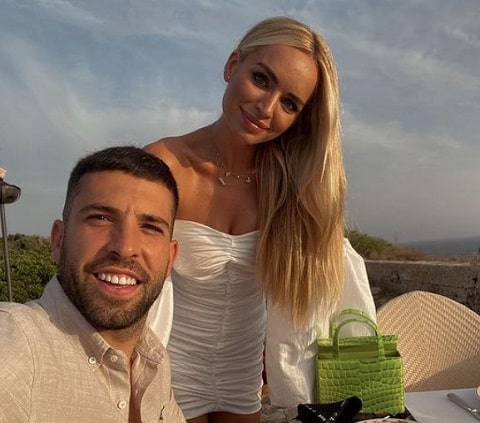 Venture explores different places with her friends and close ones. Considering her posts, we can assume she makes massive money. Some online portals claim that her net worth is around $1 million. As a social media influencer, Ventura surely makes a good profit from sponsorship and endorsement deals.

According to Influencer Marketing Hub, Ventura has the potential to earn $1,757.25 - $2,928.75 from a single sponsored post with an engagement rate of 1.45% at the time of this writing. In conclusion, Ventura's income will rise in the future as she is professionally working now.

As we know, Ventura got more into the people's eyes after getting linked with Jordi Alba. Alba and Ventura started dating each other long ago, but the actual date is unknown. But some sources have said they met each other for the first time in 2015. 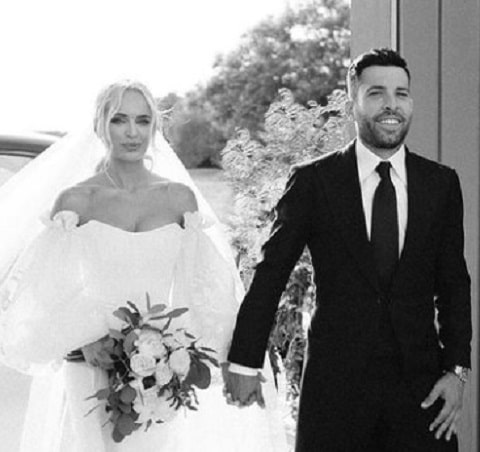 Furthermore, the pair got engaged in July 2021, and in June 2022, they walked down the aisle in an intimate wedding ceremony. Likewise, their wedding was attended by their family and close ones. Ventura and Alba both had shared images of their wedding on their Instagram.

You May Learn: Charline Oudenot

How Many Children Do They Have?

Being together for a long time, Ventura and Alba have already started their own family. Reportedly, the couple is blessed with two kids. Their first child Piero Alba Ventura was born in 2018. After some time, the family of three was increased to four. 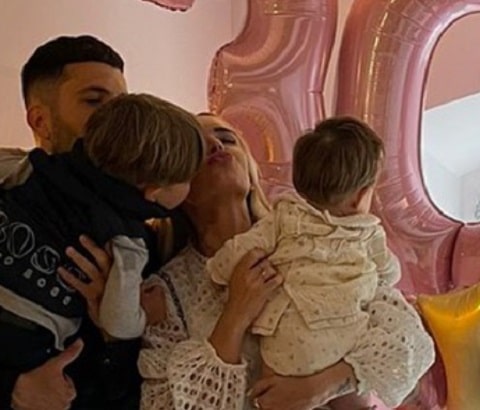 However, there is not much information about their second child. But Alba and Ventura often post images with their kids. We can follow Ventura as @romarey_ventura and Alba as @jordialbaoficial.

Romarey Ventura was born on May 10, 1989, making her age 33 years as of 2022. She is a native of Spain. So, Ventura holds Spanish nationality, and her zoadic sign is Taurus. Despite being a famous figure, Ventura has not openly discussed her family background and parents.

In the same way, the details of her siblings remain unknown. Regarding her husband, Jordi grew up in L'Hospitalet de Llobregat, Barcelona, Catalonia. Miguel Alba and Maria Jose raised him with his brother, David Alba. Ventura and Alba share the age of two years.

Wik-Bio: What Is The Job Of Ventura?

As said earlier, Ventura is a model and social media star who was interested in pursuing a career as a model from a young age. As per some online sources, she began her career by working with local photographers. Due to her striking looks and photogenic body, Ventura got recognition among experienced photographers. 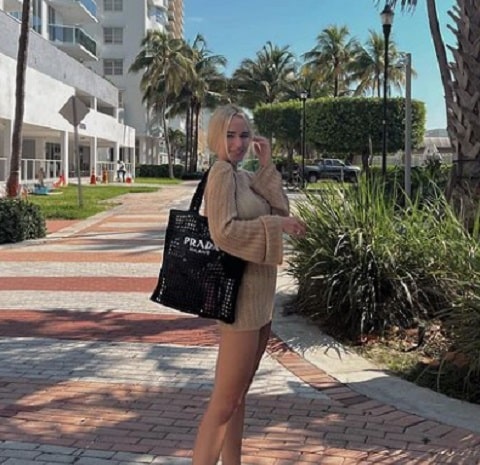 Later, she began working with clothing brands and established a name for herself in this field. Meanwhile, Ventura is also the brand ambassador for Valeria Savannah clothing. From her Instagram handle, Ventura posts multiple pictures collaborating with various fashion brands.

Once, she also worked with a brand named New Balance and shared snap-wearing shoes of the respective company. Not to mention, Ventura reportedly made her first post on Instagram in August 2012.

The professional footballer began his career in the youth ranks of Barcelona. Initially, he played as a left-winger. He played for multiple teams, including Cornella, Valencia B, Gimnastic, and Valencia. He signed a five-year deal with Barcelona on June 28, 2012. Furthermore, Alba made his official debut on August 19 of the same year by playing in a match against Real Sociedad.

On October 20, 2012, his first goal for the Barcelona team came, and it was in a game versus Deportivo La Coruna. Moreover, he made headlines on the internet on August 9, 2021, when it was announced that Alba was the 4th captain of Barcelona after captain Lionel Messi left the team ahead of the 2021–22 season. 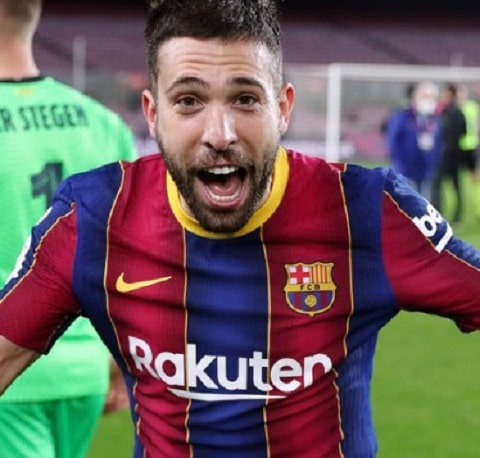 Besides that, he represents the Span national team. On September 30, 2011, Alba received his first call-up to the full national team. And his debut came in a match against Scotland, which was held on October 11 and the match ended with a 3-1 win. He has also earned some honors for his outstanding performances, including the ESM Team of the Year (2017-18, 2018-19).

Talking about his playing style, Alba is widely famous for his pace, link-up play, ball control, positioning, and many other amazing skills. He is also regarded as one of the quickest players of his era. His playing skills have been loved by many people, including professionals like Joan Capdevila and Roberto Carlos.