Rokas Jokubiaitis is an amazingly talented Lithuanian professional basketball player. Currently, he is playing as a number 31 point guard for Basketball Club Zalgiris. He started his career from the same team playing for its U18 as well as B team. His impressive gameplay was also witnessed internationally as he made his national U19 team debut at the 2019 FIBA U19 Basketball World Cup.

Born in 2000, Rokas Jokubiaitis celebrates his birthday on the 19th of November every year. He was raised in the suburbs of Mazeikiai, Lithuania. Likewise, his zodiac sign is Scorpio.

His father's name is Aivaras Jokubaitis, and his mother's name is Inga Jokubaitiene. He also has a sister named Agne Jokubaityte who is a law student and also plays basketball. As for his academics, he attended Vytautas Magnus University for his higher education.

Rokas Jokubiaitis started playing basketball as a professional in 2016 when he was signed by the Basketball Club Zalgiris' U18 team. He played in 7 games in his first year and averaged 12.43 points, 1.14 steals, 3.00 rebounds, 3.43 assists per game. 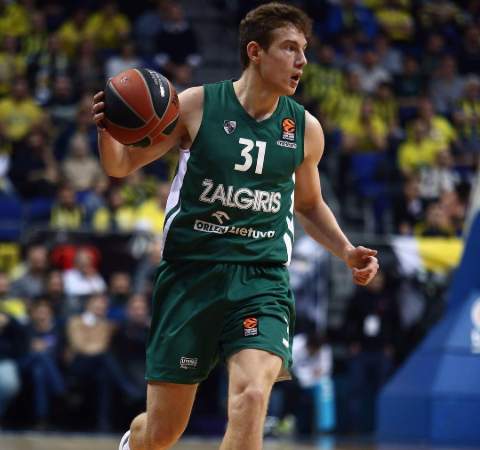 In the same year, 2016, he was called up by the Lithuania national U16 team to play at the 2016 FIBA Europe Under-16 Championship. He managed to amaze everyone in the tournament as he averaged 2.3 rebounds, 10.0 points, and 2.4 assists. Sadly, the team only managed to win a silver medal.

In the 2019-20 season, he got fully promoted to the Zalgiris first team from the second team. Although the teams changed, his skills and tactics didn't change as he continued to showcase his talent. In that season, he averaged 5.62 points, 0.41 steals, 1.55 rebounds, and 2.21 assists per game.

Considering his talent, on June 14, 2019, the Zalgiris team offered him a new three-year contract, which he accepted and signed. In the most recent season, too, Jokubaitis showcased beautiful gameplay and won many fans' hearts.

As of now, Jokubiaitis is named as one of the most promising NBA prospects in Europe in the upcoming NBA Draft.

Rokas Jokubiaitis is usually seen going on vacations and enjoying his free time. Considering that and the fact that he has played for the same team since 2016, it must be sure that he is well-paid and his earnings are high. 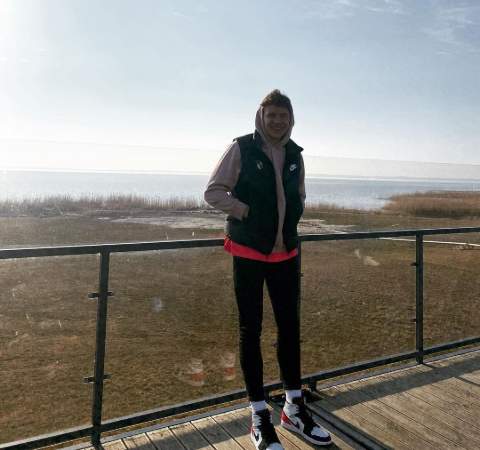 So, how much is his net worth and earnings? Sadly, there are no details on that as his earnings are yet to be disclosed, and his net worth is still under review.

Rokas Jokubiaitis is probably single and is not dating anyone as of this moment. There are no pictures on his Instagram handle that gives any hint that he is in a relationship. Likewise, there are no details that suggest that he was dating anyone in the past.