Roberto Pérez is a Puerto Rican professional baseball catcher of Major League Baseball who plays for Cleveland Indians. He is the Rawlings Gold Glove winner and was also awarded the Wilson Defensive Player of the Year Award in 2019.

Fielding Bible award winner Perez was born on December 23, 1988, in Mayagüez, Puerto Rico and he studied at Eugenio Maria de Hostos High School in Mayaguez. Later, Perez was drafted by the Cleveland Indians in the 33rd round, 1011th overall of the 2008 MLB Draft.

The MLB catcher has earned pretty much a good amount of fortune and fame throughout his career. He has an estimated net worth of around $1 million. In 2019 he signed a 4-year contract with Indians worth $9 million including $1 million as a bonus. The annual average salary during the contract period is reported to be $2,250,000 annually. 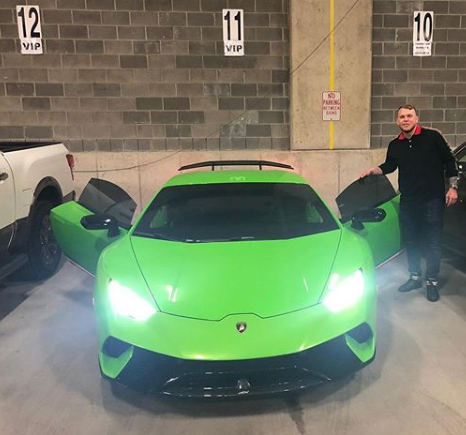 By signing jaw-dropping contract, he became one of the highest-earning players of Indians along with Carlos Santana, Brad Hand, Jose Ramirez, and Mike Clevinger.

Roberto has sponsorship from various Brands such as Nike but he has not disclosed the actual amount he is getting from the sponsorship.

He seems to love Luxury Life and owns two beautiful Ferrari cars. His White Ferrari costs around $1 million while his other Ferrari which is Green in color is worth $1.5 million.

Roberto is married to his long-time girlfriend Dianis Madera Olivares and the lovebirds tied in a knot in 2011.

Roberto and Dianis first met in December 2009 but it took some time for them to date and it was 2010 when they finally start to date each other. At that time Roberto used to play in college for the senior team whereas his girlfriend was starting her career in the Fashion industry. 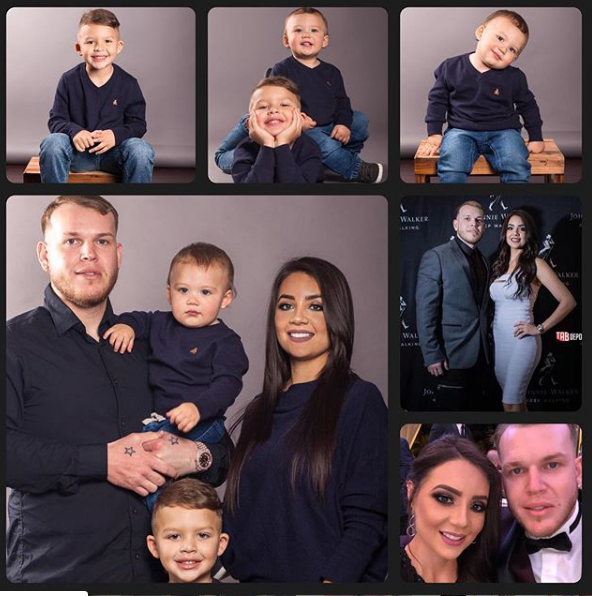 Roberto with his wife and three children SOURCE: Instagram @robperez

The gorgeous couple is the parents of three children. They welcomed their first child, Roberto Andres in 2013, They became the parents of their second child, Liam Khalil, on November 08, 2016, and in 2018 June they were blessed with their third child Sebastian.

Raised by a Single Mother

Roberto was raised by his mother in Puerto Rico. His mother was a truck driver who used to be a softball player back in her college days. 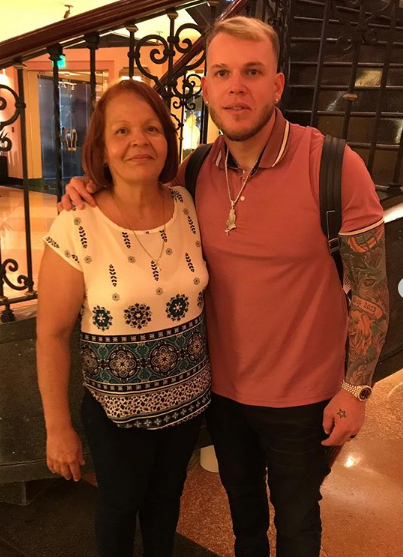 His father got divorced from his mother when Roberto was 1 year old and after that, her mother worked very hard to give her son a better life.

To show love and devotion towards his mother, Roberto has a tattoo of her name on his right wrist ensures that Perez and his mother are never separated in spirit.

While he was drafted by the Dodgers in the 2006 MLB Draft, Roberto didn’t join the team but opted to attend Florida Gateway College. He was again drafted by Cleveland Indians in 2008 but began to play in MLB debuting against New York Yankees in 2014.

He extended his contract for 4 years in 2017 and established a number of career highs offensively in 2019. Besides, he played for the Puerto Rican national team in the 2017 World Baseball Classic where he won a silver medal.