Roberto Mancini was born on November 27, 1964, in Lesi, Italy. He is among the two children born to Aldo Mancini and his wife, Marianna Mancini. In addition, Roberto has a younger sister named Stephanie. Mancini stands five feet and ten inches tall and weighs 78 kg.

Roberto Mancini's Career in Football As Player and Manager

Roberto started playing football from a very early age. He made his Seria A debut for Bologna in 1981. After playing with the team for a season, Mancini moved to Sampdoria. For fifteen years, the player plays with the team, appeared in 424 games, and then moved to Lazio in 1997.

He played with Lazio for the next four seasons and then moved to English Premier League Club, Leicester City. After appearing in just four games, Roberto announced his retirement.

Shortly after his retirement, Florentina offered him work and play for the team as financial problems plagued the team but managed to win Coppa Italia. The next season, He moved to Lazio and worked as their head coach. Mancini helped the team reach the semi-final of the UEFA Cup and also won the Coppa Italia.

In 2004, Inter Milan hired him as their new head coach. As a result, Mancini became the third coach in Inter history to win back-to-back league titles.

In 2008, Milan sacked him and was replaced by Jose Mourinho. Shortly after that, Manchester City hired him as their new head coach. He led the team to qualify for the 2011 UEFA Champions League. In 2012, Roberto led the City to its first Premier League Title along with Sergio Aguero. In 2013,  Mancini signed a three-year contract with Turkish side Galatasaray. In between 2013 and 2018, Mancini worked with Inter Milan and Zenit Saint Petersburg.

In 2018, Italy appointed Mancini as the head coach of the Italy national team. Under his leadership, Italy qualified for Euro 2020 with three matches to spare. In May 2021, The National team extended their contract with Roberto until June 2026.

Married life of Roberto Mancini; Does he have Children?

Roberto is known not only for his successful football career but also for his relationship history. He was married to his first wife, Federica Mancini, in 1990. They had a private wedding ceremony, and much about their wedding is under investigation. 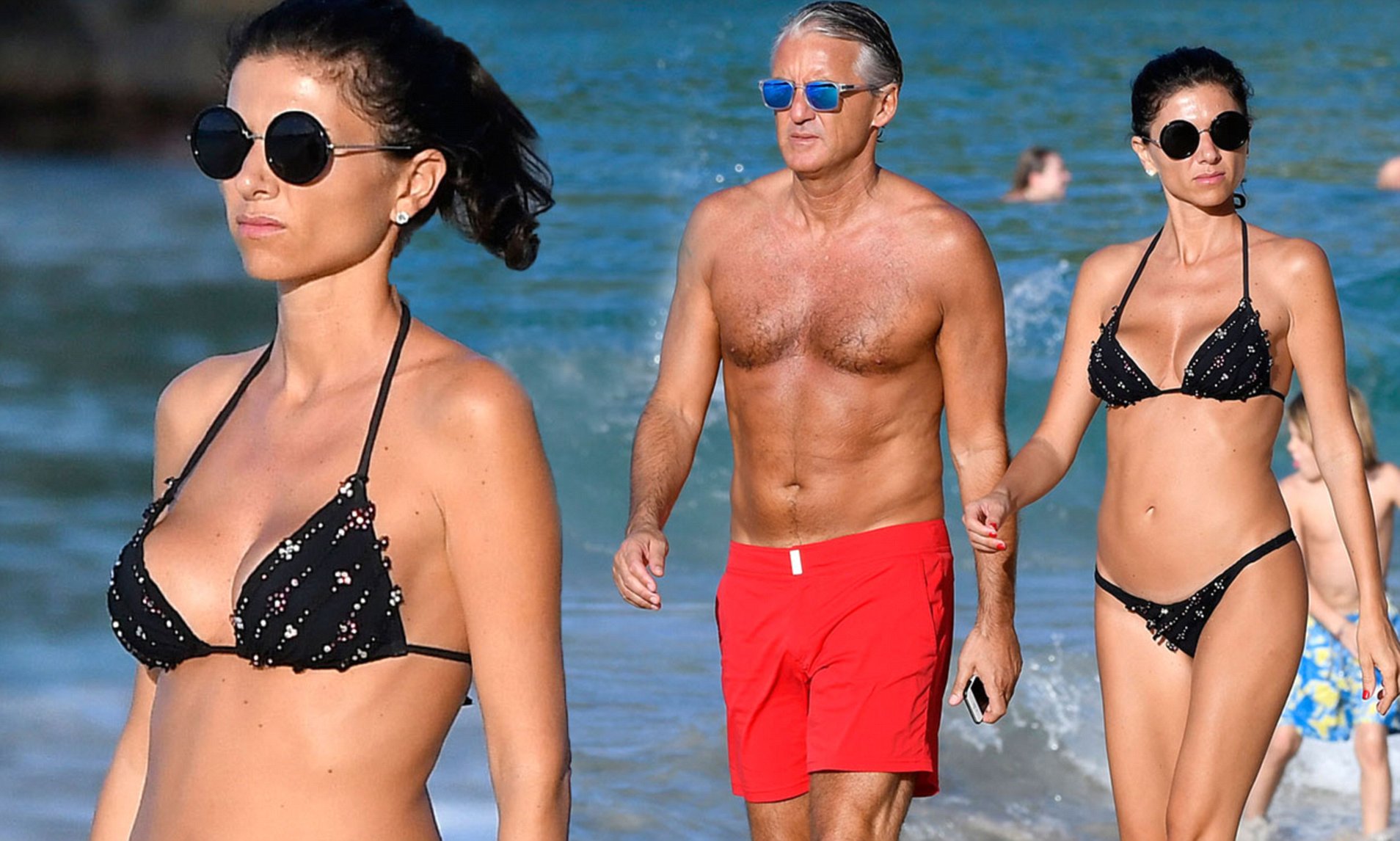 The duo was blessed with three beautiful children a daughter, Camilla, and two sons, Andrea and Filippo. Both of his sons were part of the Manchester City U-21 youth team.

This happy-looking marriage ended in 2015. They divorced and moved on. In 2018, Roberto married his second wife, Silvia Fortini, and lived a happy married life.

Net Worth In Millions; How much does he earn annually?

Roberto Mancini has an estimated net worth of more than $40 Million. He is one of the most successful coaches and a player. Roberto has been working as a manager for more than two decades and has played for two decades. In 2009, Mancini joined City with a base salary of $2 Million. 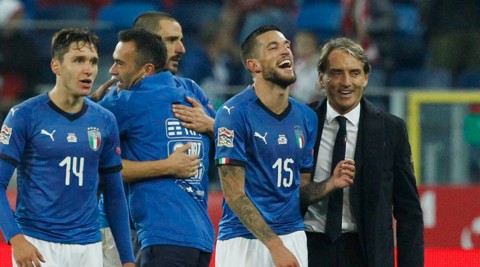 Roberto along with his Italian team after a game SOURCE: The Indan Express

In 2011, Roberto had an estimated net worth of more than $30 Million. Mancini earned his significant figure of $3 Million in 1982 when He moved to Sampdoria. In 2009, Inter settled a compensation paying Roberty more than $7 Million. As per sources, Mancini's salary is more than $2 Million with the Italian national team and will rise by more than $1 Million until 2026.