Robert Luongo is a former professional Ice-hockey player who played 20 seasons in NHL and represented 3 different teams. He started playing professionally in 1998 and eventually retired in 2019. Furthermore, he played for the teams like New York Islanders, Florida Panthers, and Vancouver Canucks. The famous goaltender was initially drafted by the Islanders in the 1997 NHL Entry Draft as a fourth overall pick.

Robert who spent 21 years in playing Ice-hockey has gathered a massive net worth over $70 million. Additionally, he collected $98,200,480 as entire career earnings.

Besides, Robert is married to his beautiful wife, Gina Cerbone. To know more about his personal life and professional career in details, make sure you go through every section of this article.

Robert Luongo Earnings; How much is his Net Worth?

As of 2019, Robert holds an estimated net worth over $70 million which is entirely generated from his professional career. Also, he has collected $98,200,480 as entire career earnings. As per his last contract with Florida Panthers, he received $1,094,128 as an annual average salary.

Apart from his career earnings, the other reason behind his massive net worth is endorsement deals. However, he has never revealed the information about the brand he is associated with and the earnings from them. Also, his decent paycheque has helped to live a luxurious life.

Besides, the details about his assets like house and cars are still under the rock. However, his hefty net worth suggests that he is the owner of expensive cars and luxurious house. Well, we are always digging up for the information and undoubtedly, we will come up with all the concrete information as soon as everything gets surfaced in the media.

Some of his Contract details:

Is Robert Luongo Married? Know about his Personal Life in brief

Yes, Robert is a married man and reportedly, he is married to his beautiful wife Gina Cerbone. In addition, the couple exchanged their marital vows in 2005. Prior to their wedding, the couple was engaged in 2004 in a gondola under the Bridge of Sighs in Venice, Italy.

Reportedly, the couple dated for long before they finally became ready for tying their knot. Further, the couple is a parent of two adorable children, Gabriella, and Gianni Antonio.

Their first child Gabriella was born on March 27, 2008, and similarly, their second child Gianni was born on December 27, 2010. 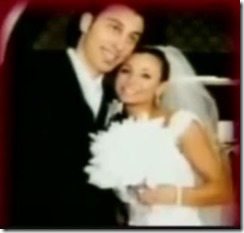 It's been 24 years of their wedding and until now there aren't any rumors about their dispute; in fact, they are regularly spotted enjoying their romantic time together.

Moreover, the news of the couple's divorce or separation never aired in the media. Despite the busy schedule, Robert often manages to spend time with his family which clearly indicates that he adores his family alot.

Who is Gina Cerbone? Let's find out about her in details

Gina is famous as a wife of  Hockey goaltender, Rober Luongo. Furthermore, she is the daughter of Umberto Cerbone and his wife Connie. Moreover, her father is a Naples born restaurateur and her mother is from Palermo.

Also, her parents own a restaurant named Pizza Time Trattoria in Coral Springs. Reports suggest that Gina and Robert first meet at her family’s pizzeria.

Robert was born on April 4, 1979, in Montreal, Quebec, Canada to Antonio Luongo and Pasqualina Luongo. Robert is a Canadian native by birth and belongs to the ethnic group of white. In addition, Luongo was born under the influence of the zodiac sign, Aries.

Talking about his junior career, he played at the Quebec Major Junior Hockey League (QMJHL) for the Val-d'Or Foreurs and the Acadie-Bathurst Titan. Robert was also a member of the 1999 World Junior Championships, representing team Canda that won a silver medal.

Robert is a former Ice-hockey player who played for almost 20 seasons in NHL. He played for the teams like New York Islanders, Florida Panthers, and Vancouver Canucks. Robert made his NHL debut on November 28, 1999, in a win against the Boston Bruins.

Additionally, he has also represented his country Canada and has won numerous titles such as gold medal in the 2014 winter Olympics,  2010 Winter Olympics, the 2004 Men's Ice Hockey Championships and many more. In his entire playing career, he has played along with as well as against some of the famous Ice-hockey players such as Carey Price, Patrick Roy, Anton Stralman, Jonathan Huberdeau and many more.