Robert Sanchez is a Spanish international footballer signed by Premier League club Brighton & Hove Albion and the Spain national team. He is the youth product of Albion.

As of 2022, Robert Sanchez holds a massive fortune to call his own. Furthermore, the Spanish footballer earned hundreds of thousands annually. Likewise, Sanchez owns an estimated net worth of £1.5 million.

Throughout his career, Robert hopped about different football clubs. But, for most of his career, Sanchez played for Brighton & Hove Albion. Currently, the club pays the young athlete £18k a week. Additionally, Robert makes around £900k annually. 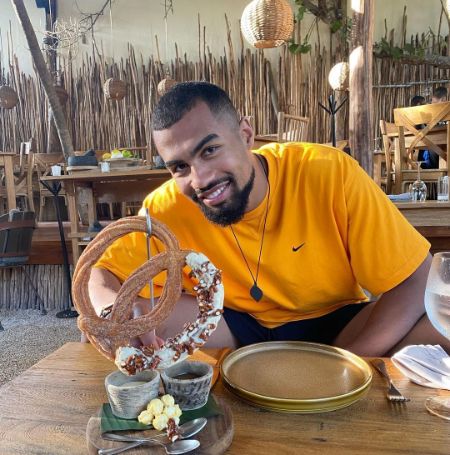 However, Sanchez hasn't shared much regarding his owned assets. Similarly, he keeps the details about his cars and real estate properties away from the media.

As we mentioned earlier, Robert Sanchez went through many shifts in his football career. Moreover, Sanchez started his youth journey at his local club Escuela de Fútbol de Santa Ana. And soon after, Robert joined Cartagena FC, after which he played for Ciudad Jardin. 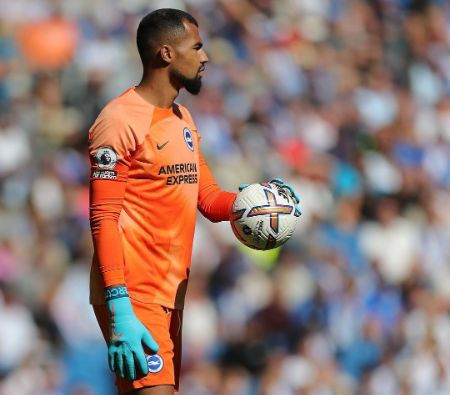 A picture of Robert Sanchez in his uniform during the Premier League. SOURCE: [email protected]_1

Finally, in 2010, Robert landed a slot at Levante. And Sanchez played for the said club for a couple of years. Furthermore, his career would gain another boost at the age of fifteen. Robert moved to England and signed with Brighton & Hove Albion in 2013.

Two years later, Sanchez gained an official contract with the said club. And slowly but clearly, Robert showed his worth. Likewise, he played for five years for the English club and would continue with their senior career.

Robert would then be loaned to two different teams in 2018 and 2019. In 2018, Albion would lend him to Forest Green Rovers. Likewise, Brighton & Hove lent the talented goalie to Rochdale the following year.

And in 2021, Robert became a member of the Spanish national. Also, Sanchez replaced Unai Simon in the second half of a World Cup qualifier match. Furthermore, Spain won the game 4-0 against Georgia in Badajoz.

Robert Sanchez was born on November 18, 1997. Likewise, he was born in Cartagena, Spain, to his parents. His full name is Robert Lynch Sánchez. Furthermore, Sanchez holds Spanish nationality. 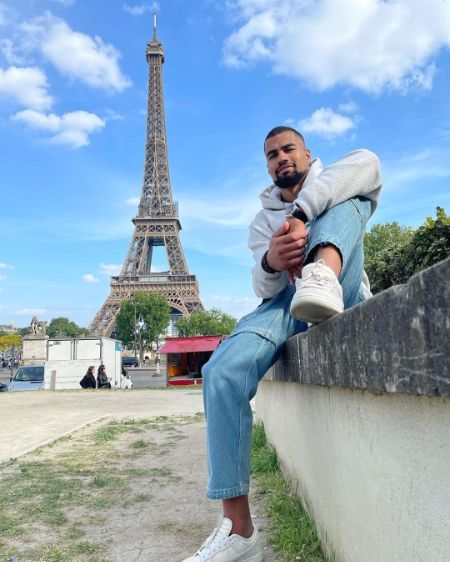 Robert Sanchez took a picture with the Eiffel Tower in the background and later posted it on IG. SOURCE: [email protected]_1

Although the talented athlete leads a life in the spotlight, Sanchez likes to keep his family from the limelight. As such, the names of his parents remain a mystery. However, he was born to an English father and a Spanish mother.

Going through his posts on Instagram, it appears that Robert is the only kid of his parents. But, since Sanchez likes to keep his family away from the media, it is uncertain whether he has siblings.

Robert enjoys discussing his youth career but hasn't shared much about his schooling. As a result, the names of the schools and colleges that Sanchez attended stay a complete mystery.

Sanchez spent most of her early childhood in his hometown. However, Robert would later move to the UK to pursue his dreams of becoming a pro footballer. Likewise, the Spanish goalie was focused on his goal even as a child.

How tall is the Spanish Footballer Sanchez?

Given his height, he must weigh around 80 kilograms. Moreover, the talented Spanish goalie owns black hair and eyes. But, his other body measurements stay hidden from the public for now.

Yes, Robert Sanchez appears to be in a relationship at the moment. Furthermore, he and his girlfriend like to keep things low-key as possible. Moreover, Sanchez's partner seems to enjoy her day-to-day life more than fame. 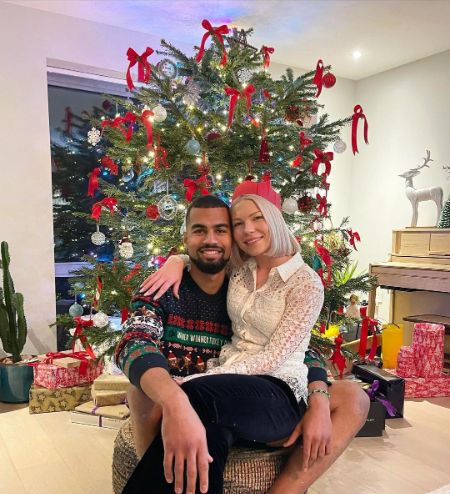 Robert Sanchez shared a picture of his girlfriend sitting on his lap on Christmas. SOURCE: [email protected]_1

Robert shared many pictures on his Instagram with his partner. Sanchez respects his girl's wishes to remain out of the spotlight. And so the Spanish footballer did not mention her name in his post on the social media site.

Sanchez first revealed his partner in late 2020. Moreover, Robert's anonymous girlfriend first came into the spotlight on August 9, 2020. But, it remains unclear when Robert started his love affair with the mystery woman.

And like his current partner, Robert keeps his past relationships away from the public's view. And so, the world doesn't have any names connected to Sanchez romantically, past or present.

Controversies of The Spanish Goalie?

Whether in love or professional life, Robert Sanchez has managed to keep his life away from controversies thus far. Likewise, leading a love-filled life with his partner Robert steers clear of any scandalous relationships.

And as for his professional life, the Spanish athlete keeps a clean track. Moreover, given his dedication to the sport, it is unlikely that Robert would risk his career by being rash.

The Brighton & Hove Albion goalkeeper, Robert Sanchez, managed to gain thousands of followers on Instagram. As of 2022, Robert collected around 46k followers on IG.

Robert appears to like Instagram over Twitter. Furthermore, he loves to show his fans his travels and training on IG. Although his girlfriend's name remains unknown, Sanchez's partner appeared many times on his Instagram.