Robert Piris Da Motta is a Paraguayan by nationality presently playing for Paraguayan Premier League club Cerro Porteno and the Paraguayan national team as a defensive midfielder. He is also a champion of Supercopa do Brasil 2019. The Paraguyan is one of the most famous footballers in his country.

How much Cerro Porteno pays him annually? Net worth and market value

The 27 years, Paraguayan defensive midfielder's primary income is from playing for the top clubs. As per the sources, Motta has around $7 million, including his houses, car, and properties. He has not revealed his salary numbers with his present club anywhere. However, he netted a whopping salary of $7,50,000 per year when joining San Lorenzo. The Paraguay international often stays a free agent. As of 2022, Cerro defensive midfielder holds the market value of €800k.

Adidas has been sponsoring Motta for quite a long time. He is seen promoting Adidas brand clothing and boots on his social media. However, the financial transaction between the two parties is still under the radar.

The Paraguayan footballer Motta initially started his youth career playing for Rubio Nu in 2015. After playing as a youth for five years, Motta finally took his place in the Rubio Nu senior team, where he played 123 games in 6 years with the club. He was sent to Olimpia on loan for a season.

After that, on 10 Jan 2017, the Paraguayan international joined San Lorenzo for a 1-year contract for $75,0,000. Motta was not consistent with the club; he kept changing the club. Completing his contract with Lorenzo, he then decided to join Flamengo in a 3-year deal until the end of 2021 and made his debut game on 13 August 2018. 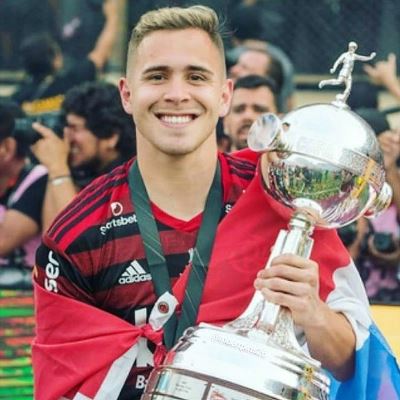 Unfortunately, it didn't go as planned; instead, the club loaned him to Genclerbirgili on 7 Sept 2020 for a season. Despite the club's poor performance, being relegated at the end of the season, he had a strong year there. Recently, he has joined Cerro Porteno and is yet to make his debut game for the club.

Internationally, he has also represented his nation in various tournaments. Motta was called up to Paraguay national team for the first time in Sept 2015.

He is happily married to his long-term GF Jessi Villalba in July 2021. The duo also has a two-year-old daughter. Before throwing a permanent marriage knot, the couple dated for quite a time. Motta is very open about his love life with the public. 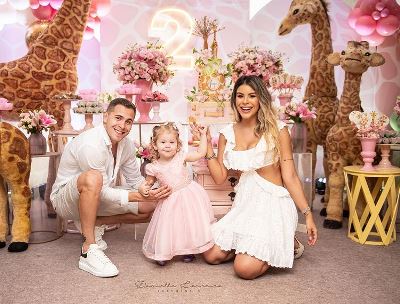 Motta and his wife Jessie and daughter source: Instagram

He often posts his wife and daughter pictures on Instagram. Cerro midfielder's Instagram post is almost full of their photo. The Motta family is living happy and cheerful life together.