Robert Allenby is a famous Australian Professional golfer. He has been playing professional golf for almost three decades. Allenby has been an avid golf player since starting his career in 1992. He has won almost two-dozens professional tours to date.

Robert Allenby was born on July 12, 1971, in Melbourne, Victoria. He is among the four children born to Don Allenby and his wife, Sylvia Allenby. His father had immigrated to Australia in his early days. There is nothing much information about his parent's professional careers to the public. Although Robert had completed his academic and education qualifications, He has not shared them.

Robert Allenby has an estimated net worth of more than $10 Million. He has been earning much of his money through his successful career in golf. Robert earned his major prize money in 1999 after making it to PGA Tour. Shaun Micheel and Davis Love III are two famous American golfers with a similar net worth to that of Robert. 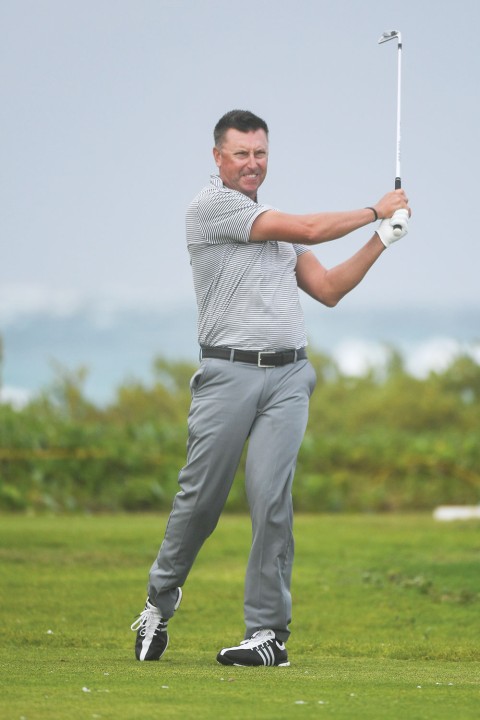 Robert had a disappointing start to his career. He ranked in the top 150th list in terms of earnings. in the late 1990s. However, By the mid of 2000s, He was listed among the top 30th on the money list. Allenby is golfing’s 30th highest all-time career earner, having amassed $27 million in prize money. In the mid-2000s, he was living the dream.

Robert Allenby is not only famous for his successful career but also known for his failure in marital life. He was first married to Sandy Allenby for more than thirteen years. The love birds walked down the wedding aisle in 1999.

Soon after their wedding, The love birds welcomed two children, Lily Allenby and Harry Allenby. This happy looking marriage never remained the same after the birth of two children. They eventually separated and divorced in 2012. 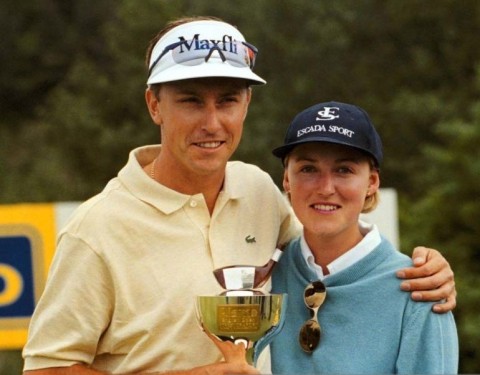 Robert with his former wife at the Tours Final SOURCE: Getty Images

For the divorce, Robert sold his $1,93 Million house located in Floria. After the divorce with Sandy, Robert remained single for some years and found love with Ashly Widmann. They could be seen in various events and spending time with each other. The pair eventually tied their wedding knot in 2015. Both of them seem to be very much supportive of each other.

The journey from Australia to the US Open

Robert had started his career from an early age but came to the attention of media only after topping the PGA Tour of Australasia in 1992. He had played Victoria Open as a amateur. Allenby came to global recognition after winning three tournaments in 1996. Shortly after this, Robert was included in the top 20 World Golf Ranking. The Australian Golf Player played made his U.S Open debut in 1999 after finishing 17th at the Qualifying school.

Allenby was ranked at number 12th in the year 2010. Although, He did not win major tournaments but showed his class and skills throughout the whole season. To date, Robert has won twenty-two major events. He has been playing at the professional level to date and will shortly retire from the game. Robert is regarded as one of the finest Australian golf players.