Dave Love III is a well-known American Professional Golfer. He has been playing professional golf for more than three decades. The golfer has won almost two dozens of PGA Tour and several other international championships.

Dave Love III was born as Davis Milton Love III on April 13, 1964, in Charlotte, North Carolina. Dave is among the two children born to Davis Milton Love Jr. and his wife, Penta Burgin Love. Dave has a brother named Mark. His father was also a professional golfer who won four professional wins in a short career. His father passed away in 1988 in a plane crash. He played college golf at the University of North Carolina in Chapel Hill.

Dave Love has a hefty net worth of more than $50 Million. Dave has become successful in such a huge fortune through his successful career in golf and his business. Jay Haas and Billy Casper are two world-renowned professional golfers with a similar net worth profile. 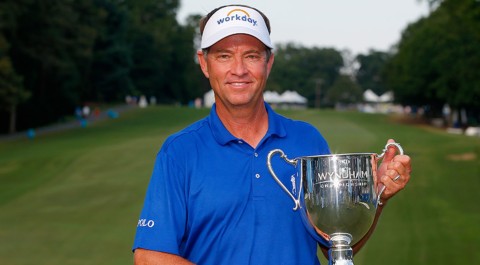 Davis has a net worth of more than $50 Million. SOURCE: ESPN

Dave is ranked fifteenth among top earnings active professional golfer worldwide. He has already won 36 professional wins, which include 20 PGA Tours, 1 Japan Tour, and 15 other tours. Dave has received the 2008 Payne Stewart Award and the 2013 Bob Jones Award for his successful career.

Recently In March 2020, Dave lost his beautiful house in Georgia due to a fire. Dave and his wife escaped the fire without any physical harm. As per sources, a short-circuit ignited the fire and turned down the house into ashes.

Married Life of Dave Love III; Who is his Wife?

Dave Love is a happily married man. He is married to his beautiful wife Robin Love since 1986. There is not much information about their wedding with the media personality. Dave is the proud father of two beautiful children. 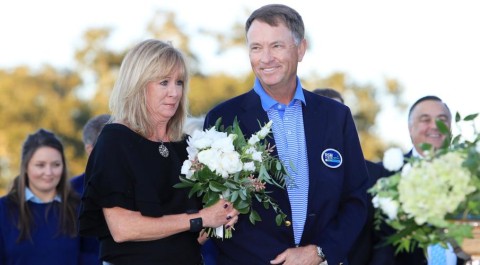 Davis along with his wife at an event SOURCE: Super Sports

Dave has a son, David Love IV, and a daughter named Alexia Love. Dave has become successful in keeping their early life information from the public. His son is also a professional golfer and has played along with his father in several tournaments.

Dave comes from a golf family as his father played professional golf and is a Hall of Fame. Dave was into the golf career from an early age. He started playing at the junior level and reached professional in 1985. He earned his PGA Tour Card in 1985. 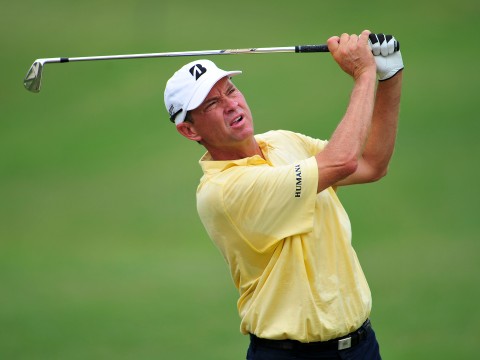 It did not take a long time for Dave to showcase his talent around the world. The professional golfer won his first major title in 1987, winning  MCI Heritage Golf Classic at Harbour Town Golf Links. He has won the tournament a total of five times to date. Dave stayed on the top 10  list of the Official World Golf Rankings for more than 450 weeks.

Dave reached the pinnacle of success in 1997, winning the PGA Championships. This victory was the last major championship win achieved with a wooden-headed driver. Love won several other major tournaments after this memorable victory. In 2015, Dave became the third-oldest winner n PGA Tour History to win a Wyndham Championship at fifty-one. 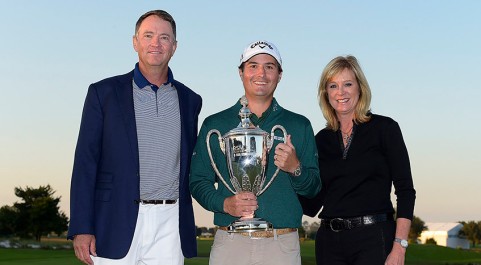 Davis along with his son and his wife SOURCE: PGA Tour

The PGA Champion had captioned the winning U.S Team at the 2016 Ryder Cup. He even captioned the team in 2012 but was on the losing side. In 2018, Dave and his son, Dru, won the Father/Son Challenge at Ritz-Carlton Golf Club in Orlando, Florida.