Robby Shelton is a rising American professional golf player. He turned professional in 2016. Shelton has won four major professional tours in his very short experienced carer, including two Korn Ferry tours and two Others. He played in PGA Tour Canada and Korn Ferry Tour before playing in the PGA Tour.

Robby Shelton was born Robert Shelton IV on August 25, 1995, in Mobile, Alabama. He seems to the only child born to Robert Shelton III and his wife, Debby Shelton. His father played and then coached for the Alabama football team. After graduating from High School, Robby joined the University of Alabama, where he played for the University golf team. Talking about his physical appearance, Robby stands Six feet tall and weighs 86 kgs.

What is Robby Shelton's Net Worth In 2022? Know About His Prize Money and Earnings

Robby Shelton has an estimated net worth of more than $2 Million. He credits most of his net worth to his successful career in golf. A golf player earns as per his/her score in the event. Also, They make through several sources like sponsors, advertising deals, prize money. Grayson Murray is another rising American golf player with a net worth of $2 Million. 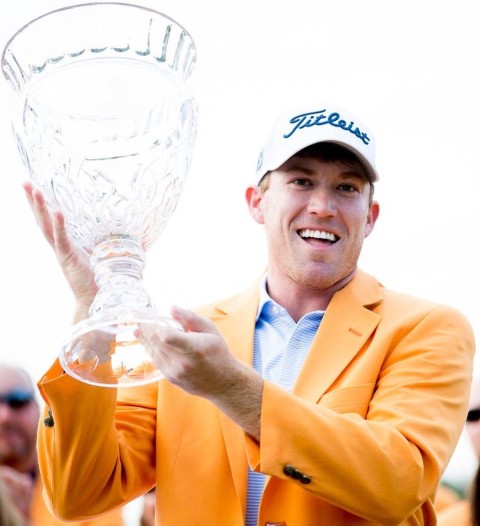 Who is Robby Shelton Dating? Know About His Girlfriend

Robby Shelton is an active social media user. He keeps posting photo and videos of him along with his girlfriend in his social media account. Robby is involved in a romantic relationship with Kelsie Schweer. The love birds have been dating each other for more than four years. Nothing much about their first meeting instance is shared with the public. 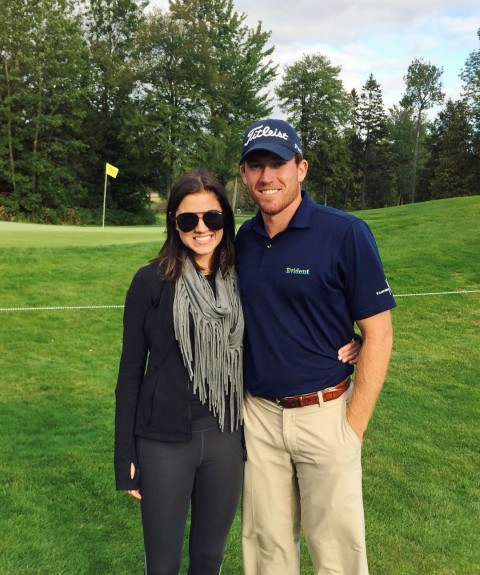 The pair is yet to get engaged. Robby is very much early in his career and shall be tying his wedding knot soon. Kelsie is very much supportive of her boyfriend and travels with his in his events and attends his games regularly.

Robby turned professional in 2016 after his junior year. He was part of the 2014 U.S Palmer Cup. In his last event of amateur carer, he finished tied for third at the 2015 Barbasol Championship on the PGA Tour. In 2017, Shelton won his first professional title in Swing Thought Tour. Shortly, After that, he won Aruba Cup in the PGA Tour Canada.

In 2019, Shelton won several titles. He won his first title of Koren Ferry Tour winning Nashvile Golf Open and then won Knoxville Open. For the 2021 Arnold Palmer Invitational, Robby has been selected in the Tour.