Grayson Murray is a rising American professional golf player. He has been playing golf professionally since 2015. Grayson has won four significant events in his professional career, including one PGA Tour, One Korn Ferry Tour, and Two Others. Murray ranked at No. 85 in 2017, which is his highest ranking in his career. Grayson was also part of the 2012 U.S Open Amateur.

Grayson Murray was born on October 1, 1993, in Raleigh, North Carolina. He is among the two children born to his parents. He has an older brother with whom he started playing golf. After graduating from Leesville Road High School, Grayson enrolled at several universities and eventually graduated from Arizona State University.

How Rich is Grayson Murray? Know About His Net Worth and Earnings

Grayson has an estimated net worth of more than $2 Million. Murray has been playing professional golf for more than five years. Golf is regarded as the sport of luxury, and its prize money is also pretty much high. A golf player does not need to win a series to earn money. He/ She makes certain earnings as per their scores in the events. 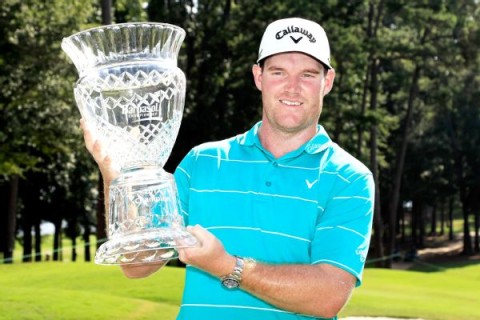 Grayson Murray keeps sharing photos on his social media account regularly. Following his posts, it seems like Murray is living a single happy life along with his parents and his siblings. There is not a single photo that could direct towards his relationship status. Murray spends most of his free time practicing golf.

However, Grayson could be secretly be dating someone and waiting for the right time to open about his relationship. So, the relationship status of Grayson remains a mystery to the public. He came into the limelight after sharing a controversial comment on his Twitter Handle.

Grayson made his professional debut in the 2015 Web.com Tour and won the 2015 Imperial Headwear Southern Open. In 2016, Murray won the Nationwide Children's Hospital Championship. The golfer finished his 2016 season 18th on the regular-season money list, which earned him a PGA Tour card for 2017.

In his rookie year at the PGA Tour, Grayson won the Barbasol Championship. The same year, he finished PGA Championship in T22. The golf player finished the 2017 season, ranking at No.85.  Murray has already played in more than eighty events and has made cuts in forty-five matches. He is currently leading the Puerto Rico Open along with Rafael Campos.