Richie Laryea is a professional football player from Canada and currently plays in EFL Championships. He plays in the Right back position for Nottingham Forest. He can also play in the left-back and midfielder positions. He recently started his career at Nottingham Forest in 2022 after signing a 3.5-year deal on January 8. 2022 and has played for different professional clubs since 2015.

Toronto, Ontario native Richie Laryea was born on January 7, 1995, under the star sign Capricon. he holds Canadian nationality. The twenty-six-year-old stands 5 ft 9 in (1.82 m) tall and weighs over 68Kg. Laura's parents were born in Accra, and his brother Reginald Laryea plays soccer for the semi-professional team Vaughan Azzuri.

Who is Richie Laryea's Wife? (Married Life and Children)

Aside from his professional career, the former Toronto FC Right back is a married man. He was married to Melanie Pace not long ago. Melanie has been one of his prime supporters of him, and they date for some good times. Laryea is open about his relationship with Melanie and often posts about his family time with his fans. Melanie is a social media influencer and a fashion love. She, too, is quite popular on her Instagram. The couple was blessed with the beautiful boy back in 2021, but his name has not been disclosed yet.

Laryea played for Toronto FC since 2019, where he had contributed a lot to the team. But as of 2022, he transferred to the English Champion club Nottingham Forest rejecting the four-year deal with Toronto FC, where he might have grasped $925,000 a season.

Laryea signed a 3.5 year deal with Nottingham Forest chasing his dream. As of 2022, his salary in Nottingham has not been flashed out, yet he is expected to earn well in the club. He might have earned millions during his career at the Toronto FC. 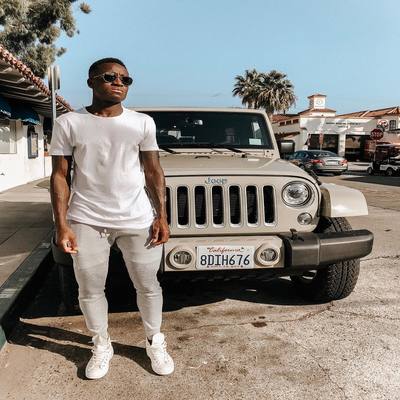 The Canadian professional footballer has a current market value of 3.5 million and has an estimated networth of $2 million.

Laryea started his career with Orlando City after being drafted in the first round of the 2016 MLS SuperDraft. He played with the Orlando City B for several seasons and joined Toronto FC in 2019, scoring his first playoff goal. 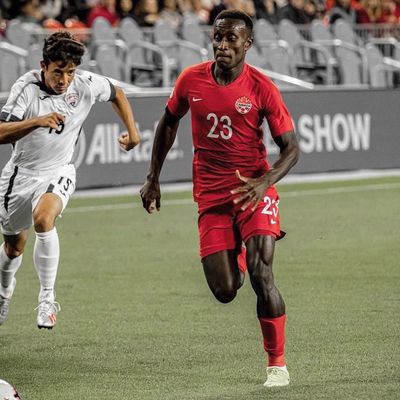 The Candian footballer made his way to EFL Championship club Nottingham Forest on January 8. 2022. He also has represented Canada's U23 nation team; Laryea played with his senior team in the 2019 CONCACAF Nations League and the 2022 World Cup qualifying match.