American Figure skating coach Richard Callaghan is currently making a massive buzz in the media after he was sued for sexual abuse. Now among many high-profile coaches tagged with the shameful #meetoo tag, coach Callaghan would see his name until cleared.

Who accused him of abuse, what has his response been on the whole situation? Will it affect his already hurting career? Let's catch all the details right here, inclusive of his biography and personal life information.

Richard Callaghan's Salary as a Coach

As a successful coach, he earned over $50 thousand per year as a national-level coach who has produced some of the most known American figure skaters the nation has seen. He was banned right after the news of sexual harassment surfaced in the media. Still, after he started coaching b-division players in Florida, the topic over Richard Currently, he was sued by his former student turned co-coach for $10 million over sexual abuse charges.

As a professional skater, Callaghan was trained by American skating legend Don Laws and is also known for finishing 5th in the 1965 U.S. World Championships. In 1967 he toured with Ice Capades and then quit his pro career to start coaching American skaters back in 1972. 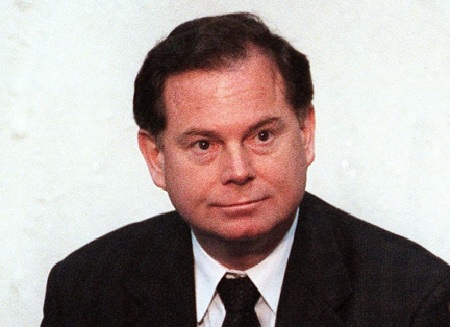 Though he lived in the Detroit area, he worked in Rochester-New York, Colorado, Philadelphia, and San Diego, as a traveling coach. Callaghan declared his resignation from the Detroit Skating Club in March 1999, and in April 1999, The New York Times published an article where his former student, Craig Maurizi, openly accused Callaghan of sexual harassment.

As per the N.Y. times report published in April 1999, Maurizi reported that Callaghan had engaged in unwanted sexual harassment when he was 15 years old until he was 20 years old. In addition to that, the Times report cited two other former students who also made similar claims over Callaghan. Callaghan refuted the allegations and argued that Maurizi was seeking to ruin his professional image as a result of a conflict the previous year that occurred when Lipinski fired Callaghan and appointed Maurizi as his official coach.

Why is he coaching now?

Despite the dreadful events, he was seen coaching the amateur team recently in Florida, which rose questions over his ban. Still, after research, news outlets found out that the state government had lifted his ban as the event was nearly two-decade ago, and back in the seventies, the rules over sexual assaults weren't this strict. After reporters reached out to him, he said that what he did was over 15 years ago and has no comments over it.

As per an article released in The Washington Post, on March 10, 2018, he was permanently removed from the coaching panel after 18 years of his offense, but the 74 years old coach was recently removed of charges and is now allowed to coach freely, as per an article published on December 2020, his bans were reduced.

It looks like how far you try to get from your past actions; it gets you eventually; Once again, his former co-coach and student Craig Maurizi sued the coach along with three of the three-figure skating organizations for $10 million. As per the case registered in Buffalo by Craig Maurizi, Richard Callaghan at first used his post to abuse Maurizi when he was only 15 years old. The abuse kept happening until he was 20, and Richard used his power to suppress his misdeeds, while other institution used their authority to keep the whole events down, which is why he is suing the rest of the skating organizations along with his former coach.

As per NBC news his court case reads:

"Callaghan used his position of trust and authority to groom Craig psychologically for what turned into nearly a decade of sexual abuse, Callaghan's conduct was that of a textbook child sexual predator." 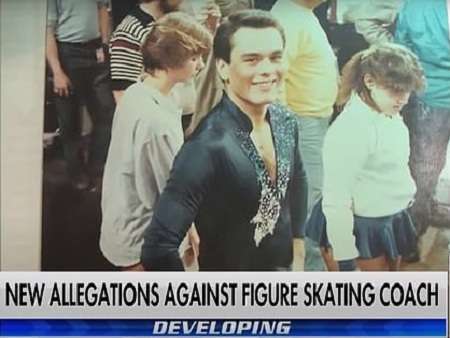 So far, the internet seems to be boiling over the government's decision to lift the ban. As the case was filed recently, we would have to wait for the court's decision, to know if the 52 years old accuser wins it or the court rules the case out in favor of the former national-level coach. Until then, Keep up with Playerswiki.com.