Ricardo Jorge Luz Horta, professionally known as Ricardo Horta, is a Portuguese professional associational football player who plays as a right winger for Primeira Liga club Braga and the Portugal national team. As of 2022, the Portugal international has recorded his presence for numerous clubs, including Vitoria Setubal, Malaga, and Braga. For your information, Braga is the club where he has played most of the games, which are more than 275 games scoring 93 goals in his overall career.

The Portuguese star Ricardo Jorge Luz Horta was born on 15 September 1994 in Sobreda, Portugal, and his age in 2022 is 27 years. Also, 21 is his jersey number on the current team, and he prefers the right foot over the left. Furthermore, he practices Christianity religion and holds Portuguese nationality. Per his birthdate, his sun sign is Virgo.

Ricardo's family is of Portuguese ancestry. He was raised by Portuguese parents whose identity is relatively unknown as he kept it hidden. Well, Ricardo is among two of his parent's children. Among the two, Ricardo is the eldest. His young brother is Andre Filipe Luz Horta, and he is also a professional football player. A more interesting fact about them is that the Horta brothers were teammates at Benfica, Vitoria de Setibula Braga. The Horta brothers have supported each other in their professional careers and share strong bonds.

Jan 2020 Primeira Liga forward of the month Ricardo, 27, is a well-settled Portuguese footballer. Well, he is one of the good-earning players from Portugal. All the revenues he welcomes into his net worth are from football clubs. In fact, he is a Portuguese national player, which led him to credit a fair sum of wealth from the Portugal football federation.

Remember that Ricard Horta is the highest-paid athlete in Club de Braga. He accumulates a weekly fee of £7,700 and a yearly of £4,00,400. According to the Capology database, the winger has accumulated a gross total of $3,755,785 from his soccer career. Also, due to his vast fan base on social media accounts, especially on his Instagram handle 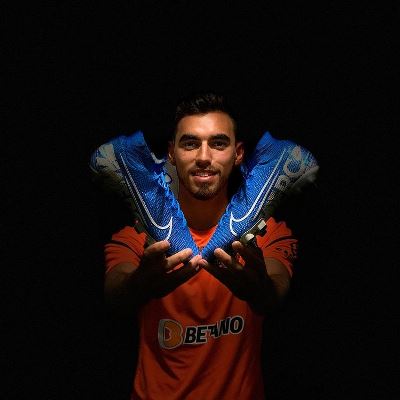 Ex Vitoria Setubal winger Ricardo stands tall at 1.73m or 5 ft 8 inches. Also, the Portuguese have a nutritious body weighing 61kg. Further description, his skin is of light brown skin complexion and has a beard on his face.

To be noted, Ricardo's family members are huge fans of football. So at age 15, he began his soccer career with the SL Benfica youth system. Playing eight years as a Benfica youth player, he joined Vitoria Setubal in 2012. Finally, in late 2014, coach Domingos Paciencia promoted him to the Setubal's first team. On 12 December 2014, he made his Primeira Liga debut against Boavista as a substitute and played after halftime. In his two seasons, Ricardo played in thirty-eight games with two goals on his name. After he departed from there, he agreed on a five-year contract with Benfica on 1 June 2016. After three months, on 3 August, he debuted for Benfica against S.C Braga the Supertaca Candido de Oliveira. 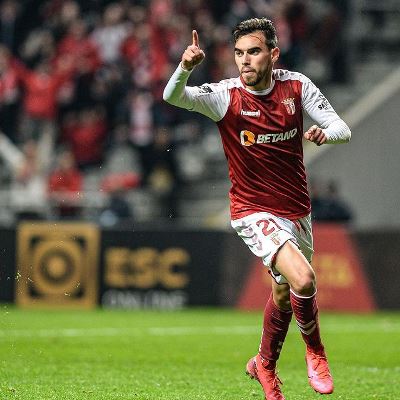 On 30 August 2017, he joined Braga on a season loan deal. Subsequently, precisely a year later, he switched to the Major Soccer league joining Los Angeles FC. Coming off the bench on 27 July in the 77th minute in a clash with LA Galaxy, he debuted for Los Angeles. He recored 15 MLS games for Los Angeles FC. After his contract expiration, he joined Braga on 10 June 2019 on a five-year deal. With Braga, he has several cliched titles and individual awards in his title record. In the 2022-23 season, Ricardo has played in two Europa League games, six Primeira Liga, two Taca da Liga, and one Supertaca Candida de Oliveira.

The professional is yet to be married, but currently, he is in a relationship with his long-term girlfriend. However, he has kept her identity. Despite hiding her name and profession, he often shares her photos on his Instagram. The couple has been together since 2015. Ricardo has two daughters from his girlfriend. Like his partner, his daughter's names are also unknown at the moment. 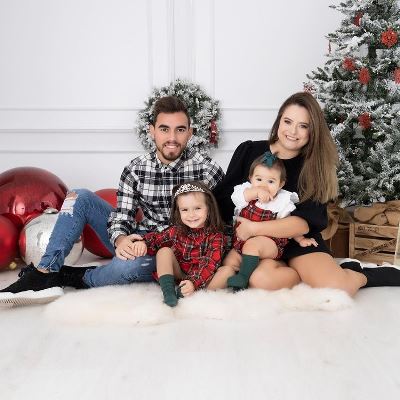 The love birds seem very serious about thier love life, so they will likely get wedded soon. His beloved girlfriend has been there for him every he was famous. She has also supported him in his footballing career from the very beginning, like his parents.