Reeve Frosler is a young South African right-back who plays for South African Premier Division side Kaizer Cheifs and the South Africa National team. His defensive quality is outstanding because of which he was called up for the national team for the very first in the 2015 U-17 squad. Before playing as a defender he kicked off his career as a winger in the Bidvest Academy.

Reeve Peter Frosler famously known as Reeve Frosler is Port Elizabeth, SA boy born on 11 January 1998. The South African defender is just 24 years of age as of 2022 and as per astrology, his zodiac sign is Capricornus.  His family is very supportive of his football talents.

Reeve's father was a football coach and Reeve has been growing under his father's influence so he was destined to be a footballer. He started playing football when 5 years old. Kaizer right-back Frosler is the son of his father Selwyn and mother Melaine. He also has a younger sibling brother Ethan Frosler.

His family has been supporting him in each and every journey of his football career. Other family details about his family are still under the radar.

The Port Elizabeth-born defender spent his childhood in Africa only. He attended his primary level in Triof Primary school at Salsonevlle. After completing his primary level, he joined Victorio Park High school for higher education. His academic level is average for the reason that he is always busy in football.

Kaizer's jersey number 39 has a huge father's influence on his football career journey. Reeve joined Fairview Rovers Football club based in Porth Elizabethin before joining Bidvest. Later, he then started playing soccer in 2015  as a youth player for Bidvest for 2 years as a winger. But Bidvest coach  Gavin Hunt converted him to the right-back position and then after he started playing as a defender. Frosler was later promoted to the senior team in 2017 where he appeared in 11 matches of his debut season assisting the club in winning their first-ever PSL title. During his two-season, he played in overall 27 matches adding 1 goal to his tally. The club gave him an offer to renew his contract but denied it and signed a pre-contract with the club's rival Kaizer Cheif on the transfer deadline in June 2019.

Reeve Frosler has also represented South Africa in the U-17, U-20, and the Senior national team as well.

The South African native Frosler has an athletic body structure with very short curly hair. Frosler stands tall at a  height of 5 feet 8 Inc and weighs about 73kg.

Who is Reeve Frosler's Girlfriend?

Reeve Frosler seems to be a very romantic and caring boyfriend to his long-term Girlfriend Jade Darnelle Davids. As per the source, Jade was born in 1997 which means his Gf is a year older than him. 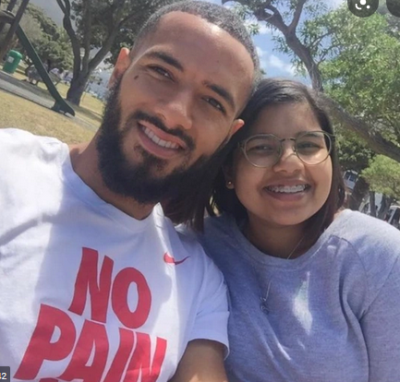 The couple shares their beautiful pictures on their social media account. They seem very satisfied and happy together.

How much does Reeve earn from football?

The South African defender is still young and still got more to do in the future. However, observing his luxurious life on his social media, he seems to be earning a decent amount of money from football. His actual salary number is yet to be disclosed. As per the sources, he has an estimated net worth of $2 Million.