Rebecca Peterson is a professional tennis player born in Sweden. The Swedish player is ranked in no 88 in singles and no 395 in doubles by the world tennis association WTA on Jan 2, 2022. She began playing tennis in the ITF Junior circuit at the age of 13 years where she won 1 singles title and four doubles titles all in 2010. The Swedish national is very much known for her aggressive playstyle.

Rebbeca Peterson reached the two finals of the 2019 WTA winning titles. She went to the top 50 tennis player list when she won both WTA titles in 2019 for the first time. During the 2018 season, she along with her partner Johanna Larson broke through the Swedish top 1 ranking.

Rebeeca Peterson is a Swedish tennis player born on 6 August 1995 in Stockholm, Sweden. She prefers an aggressive style of playing; especially she loves to force her forehead for which she is mostly known. Aso of 2022, she is 26 years old and her zodiac sign is Capricorn. Peterson is a right-handed(two-handed backhand)

Peterson is born to the father  Mart Peterson who is a tennis coach at the moment and mother Annelie Peterson.  she has also got a sister named Berit who is of Estonia descent. His father has had a huge influence on her in her tennis journey.

The Swedish tennis player has maintained her body very well; she has an athletic type body structure. She stands tall at a height of 5 ft 8 in (1.78m). She got a chubby face and blond hair.

How much does Peterson earn from tennis? Rebecca's Net worth in 2022

The 26 years old Swedish national is a well-established tennis player who is a role model for many people. The Swedish player has quite a good taste of her career as of now and has added a good amount to her bank balance from tennis. 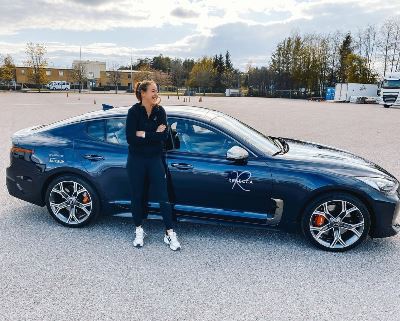 To date, she has earned prize money of $2174113 from the tournaments which include singles and doubles combined. Peterson also earns from his sponsorships and brands as well. As of now, she has made her net worth of about $ 2Milion.

Rebecca Peterson posted often posted a picture with a boyfriend Oliver Ehrnvall who is a professional basketball player. The couple started dating on July 8, 2019, and they have been together for more than and half years. 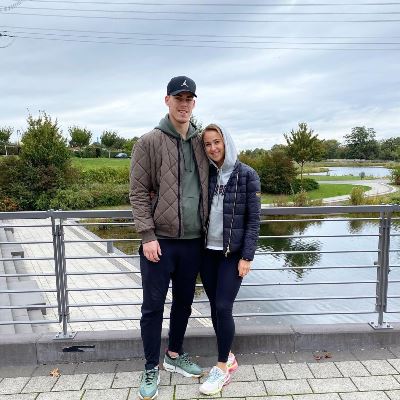 The couple looks very happy and deeply in love together. Peterson posted a picture with her boyfriend writing," 1 year with love and happiness (Care emoji) thank you for always being by my side darling (love emoji) via Instagram.

The 2019 WTA tour champion  Peterson played doubles ITF pro-Circuit in 2009 at the same she played in junior level too. The Swedish played her very first ITF game in her hometown Stockholm in September 2010. In 2009-13  years she didn't get the success she wanted but she kept on working hard.

Peterson's first step on the WTP tour was in the 2012 Swedish Open where she was handed in singles and doubles losing in both competitions in the very first round. At the 2015 Rio Open, she failed in singles but in doubles, she succeed to win her first WTA tour title.

Peterson started years as no 149 ranking in 2018 when she was forced to play the Australian Open and lose it in her first round. The win against Dayan Yestremka in ITF final event Open de- Cagnes Sur-Mer led her to the top 100. 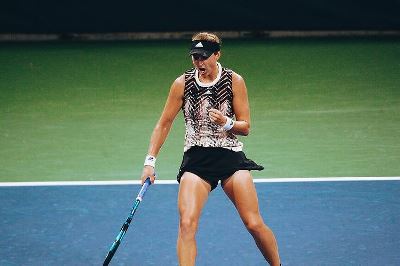 The year 2019 has been the best year of her tennis career so far; she won the 2 titles. After winning 2 WTF titles she was in the top 50 list for the first time.

In the 2020 Auckland Open, she had back pain due to which she couldn't continue her match. Later in Australia Open her back injury and illness were made even worse. After Covid-19, she was back again healthy and physically fit. At the present, she is coached by her father Mart Peterson and Bosse Erikkson.

Rebecca Peterson made her international debut in the 2014 Fed cup. In doubles, she and her partner play against their Swedish teammate for the World cup II in 2015.