Ray Spalding is an American professional basketball player. He currently plays for the Texas Legends, on assignment from the Dallas Mavericks of the National Basketball Association (NBA).

Philadelphia 76ers drafted Spalding with the 56th pick in the 2018 NBA draft, on 21st June 2018. He played college basketball for Louisville. Spalding made his NBA debut on 17th October 2018, in a match against the Phoenix Suns.

Ray Spalding played college basketball for Louisville. During his sophomore year, he averaged 5.9 points and 5.7 rebounds per game. In December 2017, Spalding made his career-high 23 points and 12 rebounds. Moreover, he further led his team to the quarterfinals of the NIT.

Spalding was also an Honorable Mention All-Atlantic Coast Conference selection. After the completion of the season, he entered the 2018 NBA draft. He was drafted by Philadelphia 76ers with the 56th pick on 21st June 2018.

However, Spalding was subsequently drafted to Dallas Mavericks and signed a rookie contract on 20th July 2018. He made his NBA debut on 17th October 2018 in a match against Phoenix Suns.

Ray Spalding is an unmarried man. Currently, Spalding is not dating anyone as well as there are no any records of his past relationships too. Moreover, Spalding hasn't been the part of controversy regarding his affairs. Spalding is active on Twitter, but yet he hasn't shared photos of any girls. 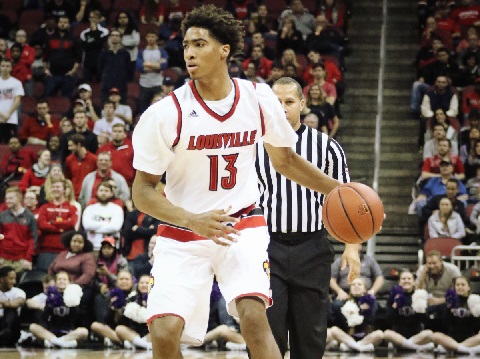 Although Spalding is neither married nor dating any girls, his sexuality is straight. To date, he hasn't done or said anything that makes people feel doubt about his sexuality. Rather than being involved in any kind of personal stuff, Spalding might be focusing on his career.

Ray Spalding Net worth and Salary

Ray Spalding currently has an estimated net worth of around $2.5 million. Being such a well-known and skilled professional basketball player, Spalding earns a fortunate amount of money from his career. He currently plays for the Texas Legends.