Rafael Toloi Cavaliere, professionally known as Rafael Toloi, is a Brazilian-born Italian professional football player. He plays center-back and defensive right-back for the Seria A club Atalanta and the Italy national team. He has resides in Italy since moving to the Atalanta in 2015.

The Brazilian-born Italian defender Rafael Toloi was born in Gloria d'Oeste, Mato Grosso, Brazil, on 10 October 1990. He is 31 years old, and his star sign is Libra. Rafael possesses a height of 6 ft 2 inches and weighs 73 kg. Further explanation, he has wheatish skin complexion and blonde hair.

Atalanta star player Toloi is born to his mother, Angela Toloi, and father, Nelson Toloi. Rafael is a native of Brazil, but his grandparents hailed from Treviso, Veneto, Italy; as a result, he acquired Italian citizenship early. He is a double citizenship cardholder qualified to represent both countries internationally. 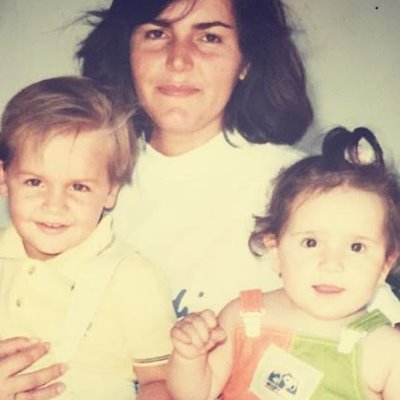 Rafael and his sister Raquel with their mom SOURCE: Instagram

He also has a younger sister Raquel Toloi. They are his most prominent inspiration and support. His parents almost attend his every game and cheer him up.

How much money does he make from Football?

The 31-year-old defender is a respected and well-established Italian footballer. He resides in a luxurious living with his family in Italy. When he signed a contract with Atlanta in 2015, he credited his bank balance by €9,75,000 per annum. Likewise, he got €1.2 Million in 2016 and €1.4 Million in 2020. His salary figures have increased as per the time. Recently, he netted an astronomical salary of €1.8Million per annum.

He has had a very successful career, adding his net massively. As per the report, Rafael's worth is above $10 Million. He also earns extra money from his sponsorship and endorsement deals.

His market value as per the transfer market is €13 Million.

Rafael Toloi, the ex-Atalanta captain, kicked off his football journey when he was about ten years old. He played his youth career for Goias from 2007 to 2009. Afterward, he succeeded in taking his place in the Gails senior squad. He turned pro in 2009, where he played for three straight seasons with the Goals appearing in 151 games, sending the ball 20 times behind the net.

Soon after the expiration of his contract with Goias, he joined Sao Paulo FC on 5 July 2012. During his tenure, the club assured to loan him to Roma for the remainder of the season. 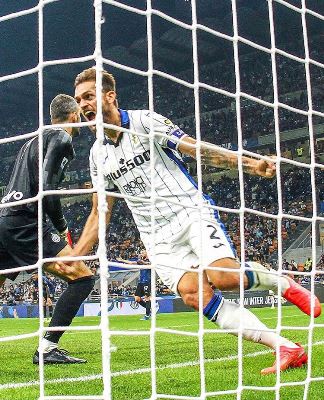 On 26 August 2015, Atalanta signed him for a €3.5 Million transfer fee. He made his Atalanta debut on 13 September 2015; since then, he has played for the club for 192 games, with eight goals to9 date. Toloi also captained the team during the 2020-21 season. His anticipation and ability to play offensively and defensive made him a vital player on the team.

Toloi holds dual citizenship in Brazil and Italy. He represented Brazil at the U20 level in 20009 but traded allegiance to senior grade to Italy on 17 February 2021 after meeting the FIFA'S five-year residency condition. He made his international debut for Italy at UEFA Euro 2020.

He is a married person. He is the loving and caring hubby of his beloved missis, Flavio Toloi. The couple is gifted with two children; one daughter and one son. They often share their family photographs on their social sites. Before walking into the betrothal aisle, the duo dated for some time. But still, thier wedding date is unrecognized. They live in a healthy affinity. 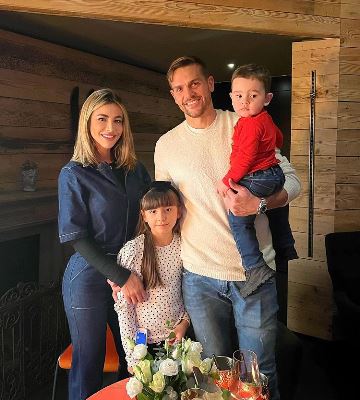 The couple has preserved their professional and personal balance. They are living their life cheerful and satisfied.