Manchester United star player Cristiano Ronaldo seems to be looking for a new club for the next season. He has reportedly asked his club to let him go if they receive good offers, per the sources. United did not make it into the top four, and it seems like Ronaldo will be out of his favorite league,  Champions League, after nineteen years. 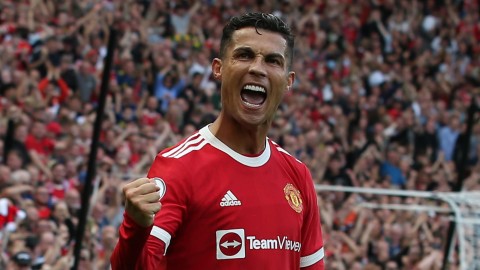 Ronaldo seems hungry for the trophies, but looking into his club's stats and the future, thirteen players have left the club this summer, but none has arrived yet. He played in the Europa League during his time at Sporting Lisbon in the 2002/03 season.

On the other hand, United has taken the stance that Cristiano is not for sale and expects him to stay with the club for the remainder of his contract. Ronaldo is confident he still has three or four years left in him at the very top level and wants to represent a team capable of winning trophies. Ronaldo has been linked with a move to Bayern Munich and Chelsea this summer. Bayern wants to fill the gap of Lewandowski leaving the club by signing Ronaldo.

Furthermore, the transfer and the news will be updated in the next news, Be updated with the news at Playerswiki.