Phillippe Aumont is a former professional baseball player from Canada who played as a pitcher for the Philadelphia Phillies of Major League Baseball (MLB). His professional career started with the team of Seattle Mariners when the team drafted him in the 2007 Major League Baseball draft with the 11th overall pick. Later, he played for various teams professionally and finally, on June 30, 2020, Aumont announced his retirement.

Apart from being a part of numerous clubs, Aumont represented the Canadian national baseball team in numerous games or events, including the 2009 World Baseball Classic and 2013 World Baseball Classic. The former player was a powerful pitcher who had a hard fastball and sharp breaking ball. Since retiring in 2020, Aumont started renting a farm and growing produce in Gatineau, Quebec.

Phillippe Aumont was born on January 7, 1989, in Gatineau, Quebec, Canada, making his age 33 years as of 2022. His parents raised him in a low-income housing complex alongside his three siblings. Talking about his parents, his father worked for a moving company while his mother was associated with a hotel. At a young age, Aumont fell in love with baseball. For his high school career, he went to Ecole secondaire du Versant, and during that time, he also played with various regional and provincial teams. Coming into his physical appearance, Aumont is a tall guy, and his height measurement is 6 feet 7 inches.

As mentioned earlier, Aumont professionally started playing baseball after being drafted by the Seattle Mariners in the 2007 Major League Baseball draft with the 11th overall pick. In the year 2008, he appeared in 15 games. His 2009 season began with the High Desert Mavericks.

After being with the team of Seattle for some time, he was traded to the Philadelphia Phillies on December 16, 2009. In the 2010 season, Aumont played for the Advanced-A Clearwater Threshers and Double-A Reading Phillies. Not only that but he was also associated with the Triple-A Lehigh Valley IronPigs. Furthermore, Aumont started his 2012 season in the bullpen for Triple-A Lehigh Valley and on August 20, he was promoted to the majors. Finally, on August 23 of the same year, Aumont made his MLB debut against the Cincinnati Reds. In the respective season, he appeared in 18 games and posted a 3.68 ERA with two saves. In the 2013 season, Aumont made 22 appearances in the major league and 32 appearances in the minors.

Again on June 1, 2014, the Phillies recalled him, and he appeared in just five games. On July 24, 2015, he got a chance to play for another team and signed a minor league deal with the Toronto Blue Jays. But on August 21 of the same year, he was released by the team. After that, he started playing for the Chicago White Sox after signing a contract on November 23, 2015. On June 6, 2016, he announced his retirement. 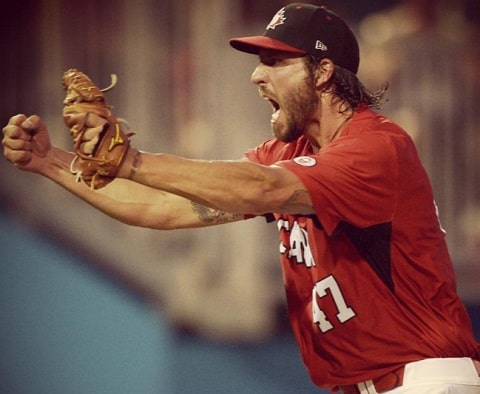 On December 2, 2019, he signed a minor league contract with the Toronto Blue Jays. And officially, on June 30, 2020, Aumont retired from professional baseball, announcing it on CBC Radio. Since then, he has been renting a farm and growing produce in his hometown. Besides his career at the club, he also represented the Canadian national team in numerous events.

He also participated in the 2015 Pan American Games and many other tournaments and helped the team to give the best performances. Back in 2009, Aumont appeared World Baseball Classic in a match against the United States of America.

His Net Worth and Career Earnings

The former baseball pitcher has amassed a massive amount of money from his professional career. During his career, Aumont played for multiple teams taking home a decent profit from each of them. When he signed a deal with the Seattle Mariners, Aumont received a $1.9 million signing bonus.

In 2014, he had a salary of $500,000. No doubt, his net worth is in six figures. As per some sources, Aumont is estimated to have a net worth of around $1 million. After retiring from baseball, he got engaged in another field from where Aumont surely makes a fair profit. 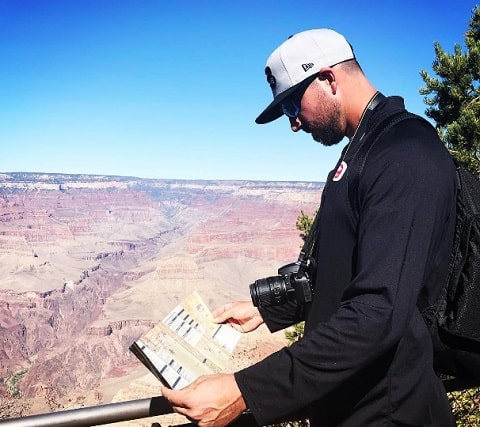 Furthermore, Aumont lives a quality life, and he flaunts it via his Instagram handle, where we can follow him under the username @phillippeaumont. Exploring his social media posts, we can say that he loves sports, and he mainly prefers to play golf. So, Aumont often posts clips of him playing golf.

Aumont and his wife, Frederique, have been in a marital relationship for a long time. The couple married many years ago, but their actual wedding date is unavailable. The pair have also started their own family and are blessed with two kids. Their first child Gabrielle was born in mid-2019. 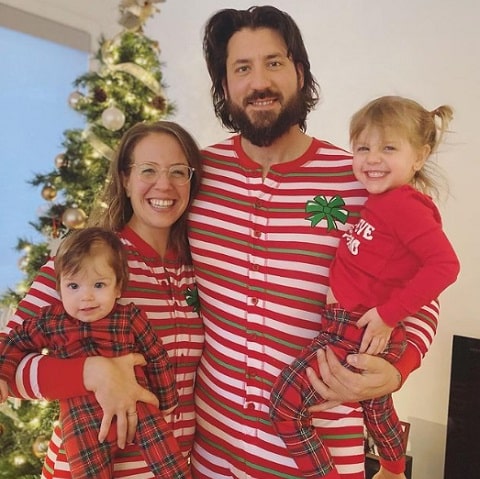 Aumont is a family person who loves spending time with his family during his spare time. With his wife and children, Aumont explores various places. Not only that, but he uploads images on his Instagram account. His Ig bio displays that he is also associated with La Ferme Pure Alternative.

On the other hand, his partner is also an active Instagram user who is registered on IG under the username @frederiquedery. So, Aumont is doing great in his life and lives happily with his beloved family.