Peyton Watson is a college basketball player based in America who was named McDonald's All American in 2021. It makes him the second player in Long Beach Poly High school to be featured in Mcdonald's roster.

Peyton is also a gold medalist of FIBA U-19 World Cup, in 2021 and is famous for his versatility bringing size, dominance, athleticism, and a good shot-blocking to the team.

Who is Peyton Watson?

Peyton Watson was born on September 11, 2002, in Beverly Hills of California, USA. He is of African-American ethnic group and currently resides in his born place California.

The rising star basketball athlete's height of 6 feet 8 inches has extremely helped him to be dominant in both offense and defense in his high school playing days. 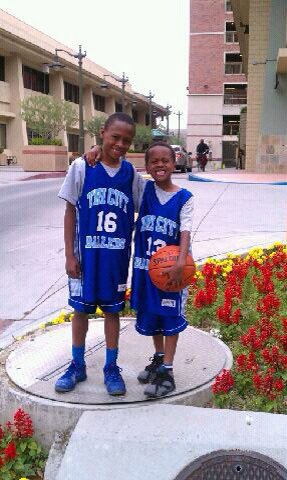 He also has a younger sister named Jolie Grace and younger brother Christian Watson. Chris also goes to Poly, the same school as his brother Peyton. He is a junior at the school and carries massive potential like his brother.

Watson was a basketball geek from his early days and he used to watch games with his father and brother Julio. He went to Long Beach Polytechnic High School, based in California at 13 years of age.

As a freshman, he joined the varsity team in his junior season averaging 23.2 points and eight rebounds per game. Such a great influence he had at Poly, earning him the McDonald's All American as a senior.

One of the consensuses five-stars recruits Watson has committed himself to UCLA, one of the best universities in the USA. Before joining them, he had an offer from various universities like Michigan, Arizona university, and many others.

Is Peyton Watson dating anyone?

The American basketball player  Peyton Watson is very successful in keeping his relationship status out of the public and media reach. It seems he prefers his love life behind the camera.

Or it may be the young athlete is just 18 years as of 2021. So, he must be focused on his career and not on having romantic relationships.

To explore who Peyton is dating, we extracted his Instagram profile. He has never shared photos with any girl. It may be that he is living a single and happy life.

What is the Market value of Peyton? (Salary and Net worth)

As per the sources, the net worth of Peyton Watson is estimated to be 33k per year. His earnings mostly come from other sources and not from playing basketball as he is just 18 years old and currently committed to UCLA. 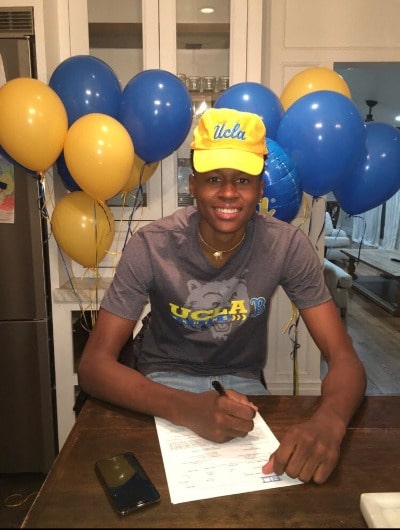 As per the rule of America, college students don't get paid. But college offers scholarships for different factors to the college athletes. It means they cover from 50,000 to 100,000 per year in the form of expenses.

But with the talent and the progress of Watson, it is almost sure that he will get paid a huge salary, and brand offers and endorsement deals in the coming days.

Being one of the top recruits of his class, Peyton has a great possibility to be a future NBA draft.