Pernilla Lindberg is a well-known Swedish professional golf player. She has been playing at the professional level for more than a decade. Pernilla turned professional in 2009 and started her career playing in the Futures Tour. Lindberg is currently playing under the LPGA Tour and Ladies European Tour. Pernilla won the 2018 ANA Inspiration as her only LPGA Title.

Pernilla Lindberg was born on July 13, 1986, in Bollnas, Sweden. She is the daughter of Gunilla Lindberg and her husband, Jan Lindberg. Her father also played golf in his early days and was one of the best golfers in the local club. Pernlla graduated from Oklahoma State University with a bachelors degree in international business. Lindberg stands five feet and five inches tall and weighs 60 kg.

How Rich is Pernilla Lindberg? Know About Her Net Worth, Career Earnings, and Sponsors

Pernilla Lindberg has an estimated net worth of more than $2 Million. She has accumulated most of her net worth through her successful career in golf. Also, Pernilla must be making a handsome amount through her sponsorship deal with Constellation, Ping, Trader Joe, and a few more. In the ongoing season of 2021, Lindberg has earned $113,952 as her prize money. 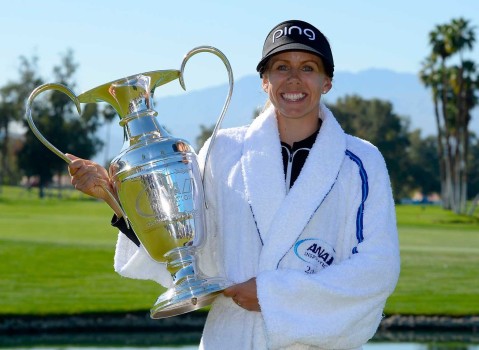 Pernilla Lindberg has earned most of her net worth through her successful career in LPGA events. In her rookie  year of 2012, Lindberg took home $131,204 as her prize money. The following season, She made $206,926 while playing in twenty-five games. In the next two season, Pernilla raised her games and made $411,232 and $417,225 as her prize money.

In the 2016 season, Pernilla recorded her first two LPGA holes-in-one during the season and made $329,885. In the 2018 season, Lindberg reached the peak of her career winning major champion at the ANA Inspiration and making $669,628  which remains as her highest earning in  a single season. Last season, The Swedish player made $229,189 playing in seventeen LPGA events. Totaling her prize money from the LPGA events, it sums to $2,999,332.

Pernilla walked down her wedding aisle along with her longtime boyfriend, Daniel Taylor. The duo walked down their wedding aisle on January 31, 2019. They had a destination wedding in the Lake Wanaka, New Zealand. Daniel works as a her caddie. Pernill and Daniel have not shared a word about their first meeting experience. 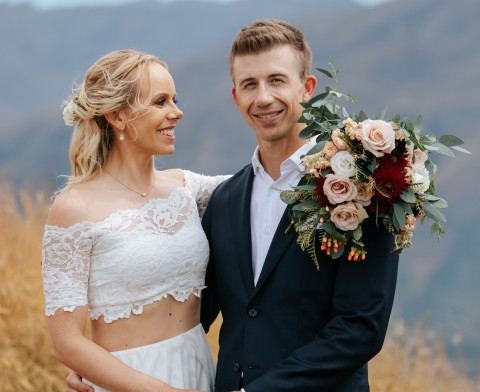 Pernilla along with Daniel at their wedding SOURCE: USA Today

It's been more than two years of their marriage, They are yet to welcomed a new member to their family. Both of them are an active social media users and keep sharing a lot of their pictures of vacations and tours.

Pernilla spent most of her early days as a ski racer. She moved to golf in her early teens. She was a member of the winning Swedish team at the 2006 European Lady Juniors' Team Championship. Lindberg turned professional in 2009 and played in the Futures Tour. In 2015, The Swedish golf player finished at T5 position at the U.S Women's Open.

In 2018, Pernilla won her first and only major title at the ANA Inspiration followed by Inbee Park and Jennifer Song. She ranked at no. 42 which still remains her highest career ranking.