Jennifer Song is a well-known American and South-Korean professional golf player. She has been playing at the professional level since 2010 and in the LPGA Tour since 2011. Jennifer has two major titles at the Symetra Tour. Jennifer has competed in several other Tours worldwide.

Jennifer Song was born on December 20, 1989, in Ann Arbor, Michigan. She is among the two children born to her parents. Song came to the limelight only after her successful career in golf so, there is not much information about her early life with the media. She was raised in South Korea and holds dual Korean and United States citizenship. Jennifer enrolled at the University of Southern California but dropped within two years. Jennifer stands five feet and six inches tall and weighs 68 kgs.

A golf player earns as per their performance in a whole event. Also, they make a huge sum from their sponsors and several deals. Jennifer has an estimated net worth of $2 Million. Song started earning through her professional career in 2010 and made $45,000 from Symetra Tour. 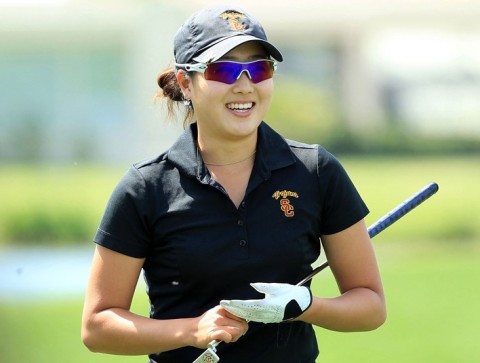 Jennifer has been playing at LPGA since 2011 SOURCE: Sports Net

Jennifer is very much private about her love life. She has not shared a word about her relationship with the public. Song is an active social media user but only posts about her family and friends and her games. She could secretly be dating some or could be single. Jennifer keeps visiting South Korea and likes to spend her time visiting new places.

Jennifer made her professional debut at the Duramed Futures Tour in 2010. She won her first event as a professional, the 2010 Tate & Lyle Players Championship. She was also named Futures Tour Rookie of the Year and qualified for the 2011 LPGA Tour. Song has been able to reach the finale in events. In 2018, The golfer reached the final of ANA Inspiration but lost to Pernilla Lindberg and Inbee Park.