A South Korean professional golfer Inbee Park is one of the talented and skilled golfers in the professional golf world. She has been ranked the number one female golfer according to the Women’s World Golf Rankings from 15th April 2013 to 1st June 2014 which she again regained in October 2014 to February 2015, then June 2015 to October 2015, and recently from April to July 2018. She is one of the top female golfers in the world.

Female golf icon Inbee Park was born in Seoul, South Korea on 1988 July 12. She was introduced to golf when she was 10. Since then, she has been passionate about golf and is making her career in it. When she was 12, she moved to the United States to pursue her career in golf.

Inbee Park's Net Worth and Endorsements

Park Inbee is a South Korean professional golfer who plays on the LPGA Tour. She has a total of 21 LPGA wins to her credit. As of 2022, she has an estimated net worth of $11 million including all of her properties and earnings. Maximum of her net worth is collected with her wins as prize money. 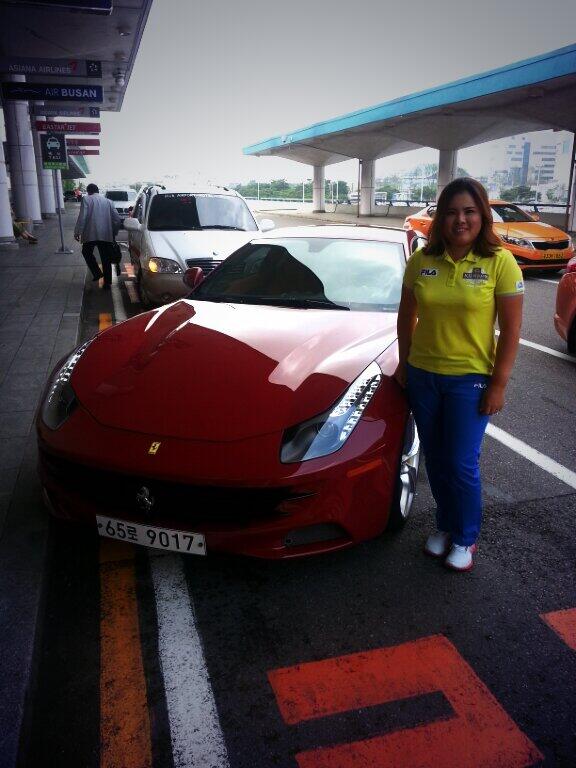 Park has earned $17,906,400 (as of Feburary 2022) from the prize money and is one of the highest-earning female golfers along with Karrie Webb and Cristie Kerr.

Along with her on-pitch earnings, she too is linked with some endorsing brands. Some of them are KB Financial Group, Srixon, Panasonic, Lynx, Jeju Samdasoo & Mercedes-Benz.

Inbee is available on social networking sites like Facebook and Twitter. Besides, more information on her can be found going through different information sites including Wikipedia which locate s a brief biography of her.

Who is Inbee Park Married to? (Husband and Children)

32 years aged, Inbee Park is a married woman. She tied the wedding knot with her long-term boyfriend and her coach, Gi Hyeob Nam. Her husband has been her coach since 2011 and the couple is living happily together. The couple does not have any children yet. 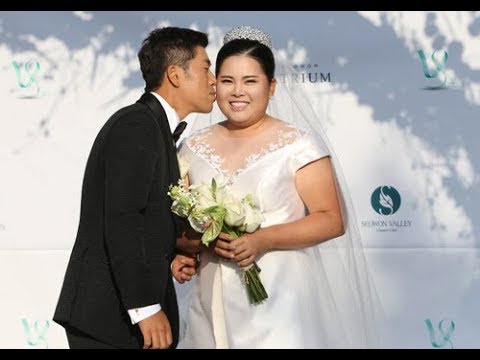 She credits her coach and fiancé G.H. Nam (Gi Hyeob Nam) to be the reason behind her success. G.H. Nam is also a professional golfer. He became her coach in 2011. She has credited her fiance Nam for her swings. Inbee has stated that she is really happy with her partner and there has not been any problem between them, in several of her interviews.

The young golfer who has made her remarks and legacy in golf in this short period of time. Inbee is a beautiful lady with the perfect Asian height and with chubby cute looks. She has a body weight of 65 kg, which he is working on to reduce some.

Inbee went to Bishop German High School based in Las Vegas, Nevada, and had graduated from Kwangwoon University based in Seoul, Korea. She has been a skillful and quick learner from an early age. Her dedication and labor can be seen through her performances.

She won the American Junior Golf Association nine times and Rolex Junior All-American five times. She became a semifinalist of 2003 U.S. Women’s Amateur. She has an impressive amateur career. She has played in the Kraft Nabisco Championship in her amateur career from 2004-to 2006.

After High School graduation in 2006, she had appealed for permission to the LPGA for the attempt to qualify for LPGA.  However, she was denied the request because she was 17 years old and as per LPGA rule, she must be 18 years old to do so. Hence, she enrolled at the University of Nevada, Las Vegas but soon dropped out to turn into a professional.

She turned professional in 2006 and Her rookie season was very remarkable. She became the youngest player to win the U.S Women’s Open to date in 2008. After her breakout year in 2008, 2009 seems very struggling to her. Eventually, following the 2010’s season, she returned to her pace and performance and has been securing the top ten positions in the world ranking almost of the time.

She never lets her face show the pressure of the game is able to keep the ball in play even on the most difficult course layouts. Inbee is applauded and admired by many golf enthusiasts. She has very good earnings and has a very good net worth. Park, the world No. 2 in the Rolex Rankings, was paired with World No. 1 Lydia Ko and World No. 3 Stacy Lewis in the final round in 2015.

She has won five of the major Championships, among which she won the three during the 2013 season and set the record of being the fourth LPGA player to have done so. She has 13 LPGA Tour wins, one Ladies European Tour, four LPGA of Japan Tour, and three other wins. She has received the LPGA Vare Trophy, an LPGA Tour Money Winner, an LPGA Player of the Year, and GWAA Female Player of the Year.