Paul Felder was born on April 25, 1985, Paul grew up in Philadelphia, Pennsylvania, United States. He started with Tae Kwon Do and Karate at Zhang Sah. During his college, he learned Muay Thai. Paul grew up in a strong Iris-Catholic neighborhood in south Philadelphia.

How much does UFC pay Paul Felder per Fight?

Paul Felder is signed to UFC since 2014 and has appeared in more than a dozen fights. His UFC career earnings so far is reported to be $871,000. Since he is engaged in MMA for a decade and has previously fought for different other promotions, Felder has earned more than a million from his fight business.

His net worth as of 2020 is reportedly around $500,000. Paul's source of income is his UFC contract, endorsement, and bonuses.

Relationship Status; Does he have Children?

The UFC lightweight is reportedly single currently but could have been married in the past as there are some gossips in some forums that he had a very beautiful wife. Paul who is a single father of a daughter might be divorced from his former wife.

Paul is raising a baby girl named Aisling who was born on May 9, 2015, and is 4 years old. Paul could have separated from his wife after the birth of their daughter. 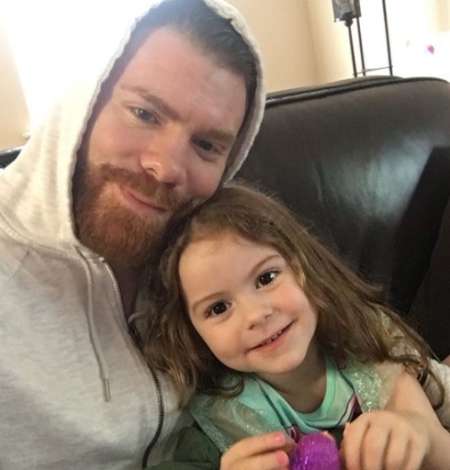 Like most celebrities, Paul might also try to keep his personal life secret so that he has not mentioned any kind of post in social media regarding his dating or relationship with girls. Paul has said that he had at least one relationship in his past.

Felder’s father passed away after a long battle with pancreatic cancer just before he started training camp for the Ray fight. Paul Felder competed at UFC Fight Night: Glasgow and gained a TKO victory over Stevie Ray.

Felder took part in Junior Olympics for Tae Kwon Do with his cousin Niko Portillo. Niko Portillo was an insight for him to start his fighting career. Felder joined Ridley High School and later attended the University of the Arts. He holds an amateur MMA record of 3-1 and began his professional mixed martial arts career in 2011.

He signed with UFC in August 2014 and then Felder made his promotional debut by facing Jason Saggo on October 4, 2014, at UFC Fight Night. Felder faced Stevie Ray in 2017 at UFC Fight Night 113. He won his first-round by knocking after dropping Stevie Ray with a knee strike and finally finishing him off with a barrage of ground and pound. The win helped  Felder to gain his third Performance of the Night bonus award.