Paul Chryst is a well-known American football head coach. He has been working as the head coach for the Wisconsin Badgers since 2015. Chryst has previously been the offensive coordinator at Wisconsin from 2005 through 2011. Paul started his career as a football player for the University of Wisconsin. Paul led his team to three Big Ten Championships titles in his five years.

Paul Chryst was born Paul Joseph Chryst on November 17, 1965, in Madison, Wisconsin. He was born to George Chryst and his wife, Patty Christ. His father was an American football player and coach who coached the University of Wisconsin-Platteville for a decade. Paul graduated from Platteville High School and enrolled at the University of Wisconsin. He finished his undergraduate degree in political science.

Paul Chryst has an estimated net worth of more than $10 Million. Paul has been signed to Wisconsin as their head coach since 2014. In 2014, Chryst and signed a six-year contract worth $16.5 Million with the university. However, he soon renewed the deal in 2016 with annual raises of $100,000.

In 2018, The head coach took home $3.75 million as his salary after winning Orange Bowl. 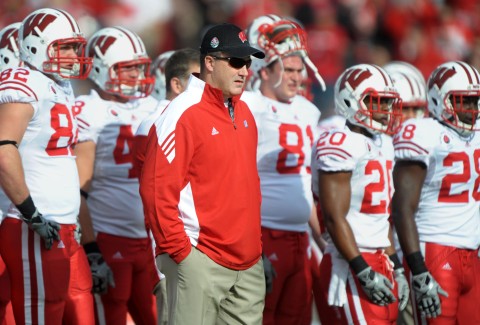 Paul has been working as the head coach of Wisconsin's Badgers SOURCE: Big Ten Network

Married Life of Paul Chryst; Does he have Children?

Paul is a married man living a happy married life with his wife and their children. Paul tied his wedding knot with his longtime girlfriend, Robin Chryst. They love birds have been married for more than thirty years. 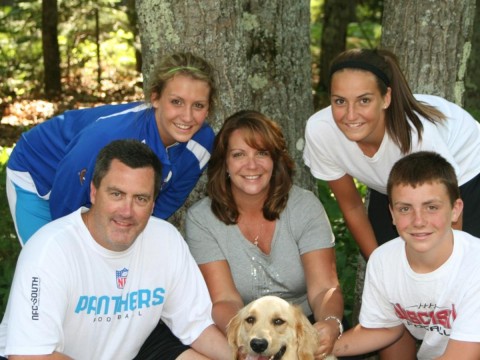 Paul Chryst with his wife and children SOURCE: Madison

Paul and Robin are the proud parents of three children, daughters Katy and JoJo, and son Danny. Unlike other head coaches, he does not show much presence in the media, and it is difficult for the public to keep track of his life.

Journey From a Player to Being the Head Coach

Chryst started his career as a football player for the University of Wisconsin. He was a two-time football letter winner at the quarterback and tight end position for the Badgers. Paul joined West Virginia right after graduating from his University in 1989. He moved to several teams like Ottawa Rough Riders, Illinois, Oregon, working as a Quarterback coach and Offensive coach.

The head coach won two back-to-back championship titles and was awarded the Big Ten Coach of the Year in 2016 and 2017. In 2019, the team won its third title under his coaching.