Paul Casey was born Paul Alexander Casey on July 21, 1977, in Cheltenham, Gloucestershire, England. His family moved to Weybridge, where he spent his childhood. Paul holds an English nationality and is of white ethnicity. Casey stands five feet and ten inches tall and weighs 82 kgs (180 lbs). Paul completed his A-Level from Strode Collge and enrolled at Arizona State University with a golf scholarship.

Paul Casey's Net Worth In 2021. Know About His Sponsorships, Prize Money, and Earnings

Weybridge Native Paul Casey has an estimated net worth of more than $40 Million. Paul is ranked at No. 32 in all-time money-making in the PGA list with $32,503,142 as his prize money in PGA Tours. Luke Donald and Rory Sabbatini are two golfers with more earnings than Paul. 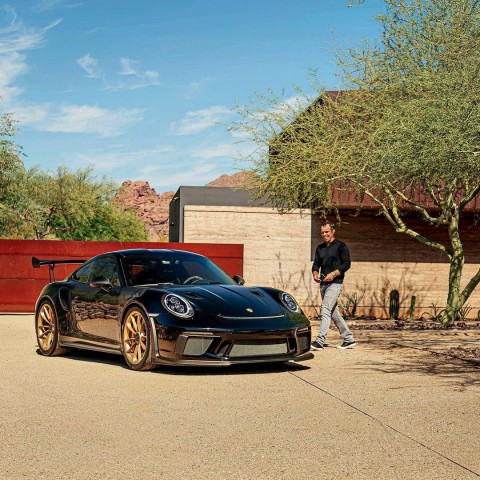 Paul is one of the most prolific English golf players to play the game. He must have earned a hefty amount from his sponsors. In his career that spans over two decades, Casey was sponsored by several international brands like Nike, Titleist, Rolex, Porshe, Nuun, Jig-SAW, Getty Images, and a few more. Totaling his prize money from PGA Tours, he has earned $32,503,141 from just 284 events.

Casey has earned approximately $22 Million from his European Tour events. He currently ranks at No.4 in European ranking at No.18 in World Golf Ranking. The English player is at the peak of his career and shall be earning much more in the days to come.

Paul is currently living a happy married life. He walked down the wedding aisle along with his longtime girlfriend, Pollyanna Woodward, in January 2015. The love birds had been dating each other for more than three years before tying their wedding knot. They first met each other at the Formula 1, Chequered Flag Ball at the 2011 Abu Dhabi Grand Prix. 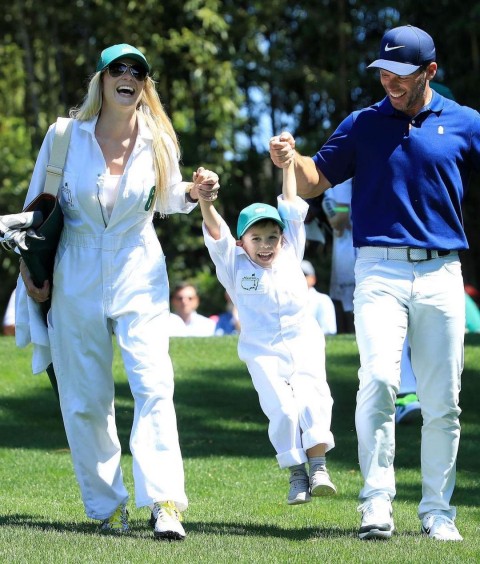 Paul Casey with his and their son, Lex SOURCE: paul_caseygolf

Paul and Pollyvanna started dating shortly after their first meeting. The couple got engaged during the Christmas period in 2013. Then in early 2014, Casey opened about expecting a baby with his fiance. On September 1, 2014, The duo welcomed their first child, Lex. In September 2017, The family extended to four after, Pollyvanna gave birth to their second child, daughter, Astaria.

This is not the first marriage of Casey, he was previously married to his first wife, Jocelyn Hefner. The duo tied their wedding knot in 2008. Jocelyn was an equestrian and competed in local equestrian events. Their happy-looking relationship ended in 2011 with mutual consent and the divorce was finalized shortly after.

In 2007, Tiger Woods defeated him in the final of the 2007 PGA Championship. In May 2009, Paul reached his career-high ranking at No.3. He suffered a rib injury at the 2009 Open Championship, which dropped his ranking. Casey did not have a good comeback in 2010 and had an outstanding season in 2011. In June 2013, Casey won his 12th European Tour title at The Irish Open.

In 2018, Casey won his second PGA Tour-winning Valspar Championship against Patrick Reed and Tiger Woods. He defended his title in the following season. In January 2021, Casey claimed his 15th European Tour victory at the Omega Dubai Desert Classic. Paul has entered into the top 20 World Rankings after a long time.