Patrick Reed is an American professional golfer. Reed has been playing golf for almost two decades but turned professional in 2011. He has won a total of eight tours. Patrick is ranked at number 6 by the World Golf Ranking and has represented the United States in Ryder Cup and Presidents Cup competitions. Reed is often called by his nickname" Captian America".

Patrick  Reed was born Patrick Nathaniel Reed on August 5, 1990, in San Antonio, Texas. He is among the two children born to Bill Reed and his wife, Jeannette Reed. Patrick is yet to share information about his parent's early life and their economic career. He has a sister named Hannah. After graduating from University High School, Patrick enrolled at the University of Georgia.

Know the Net Worth, Earnings and Contracts of Patrick Reed

Patrick Reed has an estimated net worth of more than $20 Million. Reed has accumulated most of his net worth through his successful career in golf. Totaling his career earnings, It sums more than $32 Million. This is just the prize money from golf. As a golfer, Reed must have taken a considerable sum through his endorsement deals, contracts, and advertisement. 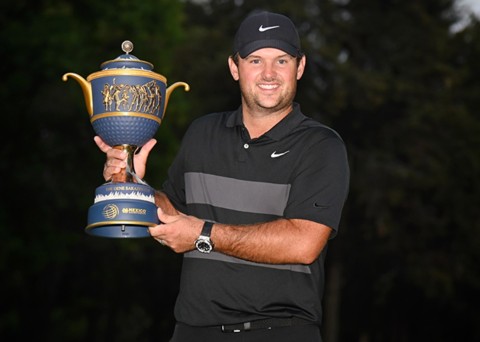 Patrick earned his first million figure in the 2012/13 season with $1.9 Million. Since then, The golfer has not turned back to have any regrets. In the following season, he earned more than $4 Million from his 28 tours. Reed made the most in the 2015/16 season with more than $5.6 Million when he won several tours. In 2020, Although, Several tours were halted due to the COVID pandemic, Patrick earned more than $4 Million. He is at the peak of his career and shall be adding much more to the list.

Patrick is living a happy married life along with his wife and their children. Patrick tied his wedding knot with his longtime girlfriend, Justine Karain. The duo walked down the wedding aisle on December 21, 2012. They had a private wedding ceremony. Due to some family problems, His parents and sister did not attend the ceremony. 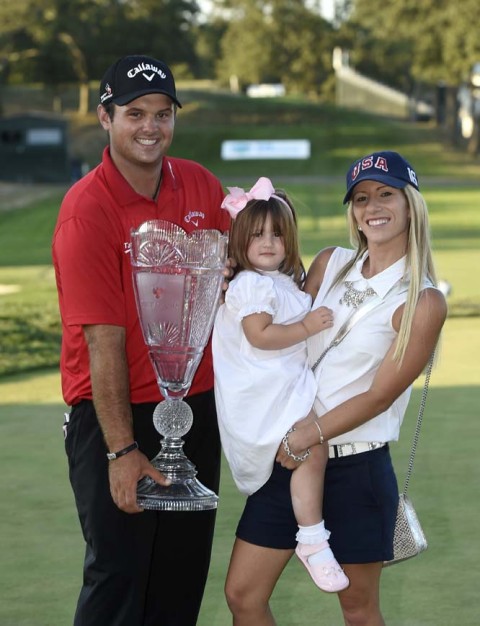 Patrick Reed along with his wife and their daughter SOURCE: Business Insider

Soon after the wedding, Reed and Justine were blessed with a daughter, Windsor-Wells, in 2014. Following the birth of  Windsor, The family of three extended to four in December 2017, welcoming a son, Barrett Benjamin. Karain worked as Patrick's caddy before the birth of their children, but her brother works as his caddy.

Patrick was a top prospect to the golf from a very early age. He won several amateur tours in his early days. The American golfer turned professional at 20 and made his debut at the FedEx St. Jude Classic. Reed won his first major tour in 2013, winning t the Wyndham Championship. Since then, there is no looking back. Patrick won several tours in a row.

Reed was having a good time winning tours but could not move up in the rankings. In 2018, He moved up to No. 11 in the world rankings after winning the 2018 Masters Tournament. Following the tour, He lost the final of the Ryder Cup against Tiger Woods. In 2020, Patrick had a wrong time with his game and allegations.