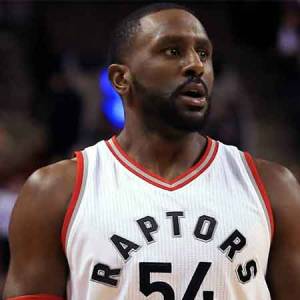 Patrick Patterson is an American professional basketball player. Patterson currently plays for the Oklahoma City Thunder of the National Basketball Association (NBA). Patterson played college basketball for the University of Kentucky. He was drafted by the Houston Rockets with 14th overall pick in the 2010 NBA draft. Patterson plays the position as a central power forward. Moreover, he also played for the Sacramento Kings and Toronto Raptors.

The NBA star has an estimated net worth of $6 million in 2019. Furthermore, he is dating his girlfriend.

How Much Is Patrick Patterson Net worth In 2019? Know His Salary and Contract

As of now, Patterson has an estimated net worth of over $20 million. He earns a good sum of money from his career as a professional basketball player. Patterson previously played for Houston Rockets, Sacramento Kings, and Toronto Raptors.

Patrick Patterson is currently in a relationship with his girlfriend Sarah Nasser. Patterson and his partner Sarah began dating in October 2017. They are happily enjoying their love life and often spend their time together. 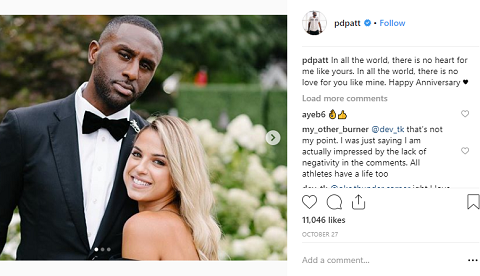 The duo celebrated their one year anniversary on 27th October 2018. Both the lovebirds shared adorable photos of each other on their respective Instagram accounts. The duo is supportive of each other and frequently make public appearances together.

Although the pair are dating, none of them have yet mentioned any plans of getting engaged or married. o far, there are no rumors of their breakup. Other than this, Patterson hasn't been in any other relationships and affairs.

Patrick Patterson was born on 14th March 1989, in Washington, D.C., United States. He grew up in Huntington, West Virginia. His parents are father Buster Patterson Jr. and mother Tywanna Patterson. 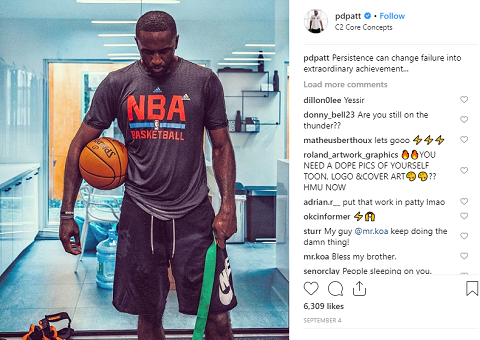 Patterson belongs to an American nationality and holds African-American ethnicity. Patterson attended Huntington High School. Likewise, he completed his graduation from the University of Kentucky.

Similarly, in his junior season, Patterson helped his team win the SEC Tournament and further achieved a #1 seed in the NCAA Tournament. Houston Rockets drafted Patterson on 24th June 2010 with fourteenth overall pick and made his NBA debut on 15th December 2010.

However, on 20th February 2013, Patterson was traded to Sacramento Kings along with Toney Douglas and Cole Aldrich in exchange of Thomas Robinson, Francisco Garcia, and Tyler Honeycutt. Likewise, he was again traded to Toronto Raptors in exchange of Quincy Acy, Rudy Gay, and Aaron Gray. On 10th July 2017, Patterson signed a 3-year contract with Oklahoma City Thunder.