Patrick Kivlehan is a professional baseball outfielder from the United States of America who plays with the Tokyo Yakult Swallows of Nippon Professional Baseball (NPB). Apart from playing in NPB, Kivlehan has also represented multiple teams in Major League Baseball (MLB). In the past, he represented the San Diego Padres, Cincinnati Reds, and Arizona Diamondbacks.

In addition to that, Kivlehan has also received a chance to play for the national team as he was named to the roster for the United States national baseball team for the 2020 Summer Olympics. Not to mention, Kivlehan balls and bats with his right hands and wears jersey number 2 on his current team.

Being a professional baseball player, Kivlehan has preserved a colossal fortune, and his net worth is not less than a million dollars. As we know, he currently plays for the Tokyo Yakult Swallows of Nippon Professional Baseball, with whom he signed a deal worth $480,000. So, it is believed that Kivlehan is making a good sum of money from his current team.

In the past, Kivlehan has played for multiple popular teams. So, being with them, Kivlehan may have signed a fair deal that might have helped him collect a considerable fortune. In the United States of America, a baseball player has an average salary of $43,584 annually and $3,632 monthly. 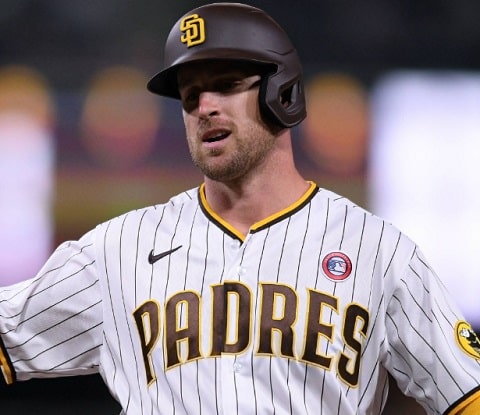 In addition to that, an MLB player makes an average of $4.41 million. So, while playing in the MLB, Kivlehan may have earned in the same range. Currently, Kivlehan plays at the Nippon Professional Baseball, the highest level of baseball in Japan. So, Baseball player salaries in Japan averaged about 69 million Japanese yen. So, we can say that Kivlehan is doing well in his career and is also earning a good profit.

Moving into his love life, Kivlehan is a happily married man, and he relishes a blissful life with his stunning wife named, Stefanee Kivlehan. It is reported that the Kivlehan couple is a high school sweetheart, and they have been in a romantic affair for many years now.

After being together for some years, the twosome thought of taking their relationship to the next level and walked down the wedding aisle privately in the presence of their family and close ones. However, the Kivlehan couple has not talked much about their marriage. 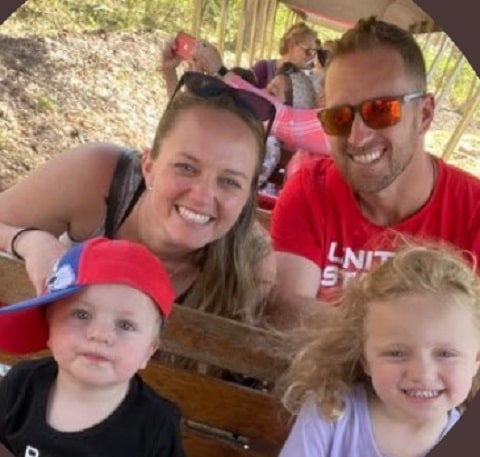 So, due to the lack of facts, we are unable to share their exact marriage date. Apart from that, Kivlehan and his wife have already started a family of their own. The Kivlehan pair is blessed with two loving children, a son named Jake and a daughter named Kylee.

The family of three lives a private life. Not to mention, Kivlehan's wife has appeared in some games of her husband to cheer him up.

You May Read: Anthony Alford

The 32-years-old baseball player went to Rutgers University, where he played both college baseball and college football. During his four years at Rutgers, Kivlehan played as a backup defensive back. After finishing his college football career, Kivlehan joined the Rutgers baseball team. Kivlehan did pretty well, and he was also named the Big East Player of the Year.

Moreover, his professional baseball career started when he got drafted by the Seattle Mariners in the fourth round of the 2012 MLB draft. In the same year, Kivlehan made his professional debut in the Everett AquaSox. Furthermore, Kivlehan started his 2013 season with the Clinton LumberKings.

After giving impressive performances, he was also promoted to the High Desert Mavericks. After the season, Kivlehan played in the Arizona Fall League. And to start his 2014 career, Kivlehan came back to High Desert. After hitting nine home runs in 32 games, Kivlehan was promoted to the Jackson Generals. After the 2015 season, he was kept on the 40-man roster, and on December 2, 2015, Texas Ranger acquired him. 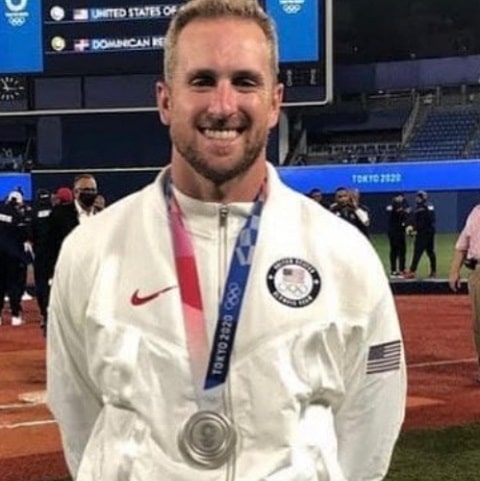 After playing some games, Kivlehan was traded back to the Mariners on May 29, 2016. And on August 4, 2016, he was claimed off by the San Diego Padres. Furthermore, Kivlehan was promoted to the major leagues on August 20. Likewise, he played for the Cincinnati Reds. After that, he signed a minor league contract with the New York Mets on May 9, 2018.

On September 6, 2018, Kivlehan was acquired by the Arizona Diamondbacks. On October 10, he was outrighted to Triple-A, and the following day, Kivlehan elected free agency. Kivlehan signed a minor league contract with the Pittsburgh Pirates on October 31, 2018, but he was traded to the Toronto Blue Jays on May 10, 2019.

Later, Kivlehan got a chance to play for the Chicago White Sox, and since joining the Tokyo Yakult Swallows on April 29, 2022, Kivlehan has been with them. For your information, Kivlehan also represented the United States national baseball team for the 2020 Summer Olympics.

Patrick Anthony Kivlehan was born to his parents, Patrick and Kathy. His father, Patrick, is reported to be an officer in Rockland with the Clarkstown Police Department. According to North Jersey, Kivlehan is not only the child of his parents as he has two siblings, and he is the oldest of three children. 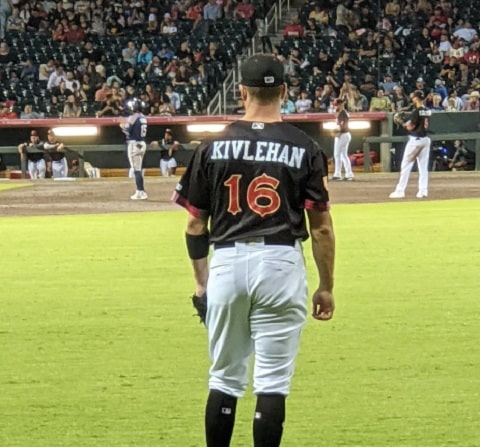 Patrick Kivlehan in one of his games SOURCE: Twitter @madfriars

As of early 2022, Kivlehan is 32 years old. Talking about his physical appearance, the Nyack, New York native, holds an American nationality, and Kivlehan is 6 feet 2 inches tall. As for his education, Kivlehan went to St. Joseph of Montvale High School.

Yes, Patrick Kivlehan is active on Instagram, and we can follow him as @pkivy_3. However, Kivlehan has kept his IG account private. So, it is pretty challenging to know about his ongoing lifestyle. Apart from Instagram, Kivlehan is also an active Twitter user.