Aaron Whitefield is a professional baseball player hailing from Australia who plays as an outfielder for the Los Angeles Angels organization. He comes from athletic family background, as most of his family members are involved in sports. So, Whitefield was also inspired by them to get involved in this field. Initially, he was a fast-pitch softball player.

Born on September 2, 1996, Aaron Whitefield is 25 years old as of early 2022. He was raised by his beloved parents in Brisbane, Queensland. As mentioned earlier, he comes from an athletic family background as his father; John played fastpitch softball for New Zealand's national team. 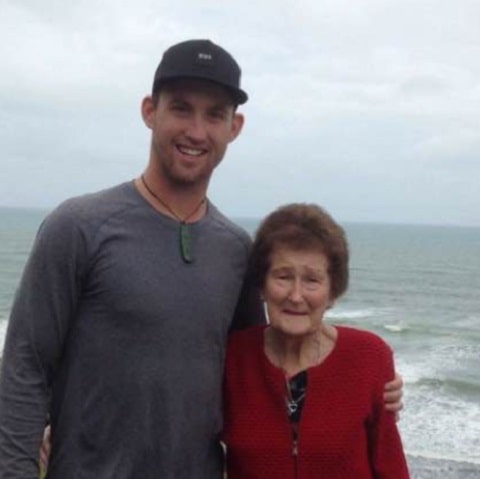 On the other side, his mother, Nicole Molander, played softball in Queensland and for the Australian national team. So, his father and mother helped him get involved in sports. It is reported that his parents put him in numerous sports as a child to help him enhance as an athlete and find his passion. So, initially, he played soccer, rugby, and fastpitch softball.

Whitefield's professional career started when he signed with the Minnesota Twins of Major League Baseball in 2015. So, he was assigned to the Gulf Coast Twins of the Rookie-level Gulf Coast League. But due to visa issues, he just played in just seven games.

And after that season, Whitefield played for the team of Brisbane Bandits of the Australian Baseball League (ABL) for the 2015-16 ABL season. He returned to the Gulf Coast League in 2016, playing 51 games. In the 2016-17 season, he was with Brisbane Bandits and also won three consecutive championships with the club and the league MVP award. 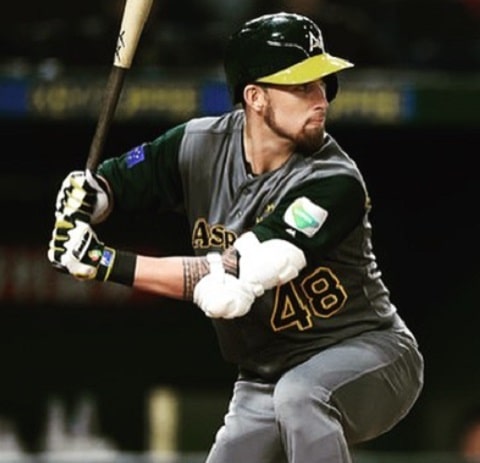 Similarly, he played for the Cedar Rapids Kernels of the Class A Midwest League in 2017. Later that season, Whitefield returned to the Brisbane Bandits of the ABL for the 2017-18 ABL season. And Whitefield spent the 2018 season with the Fort Myers Miracle. His 2018-19 season was with the Adelaide Bite of the ABL, and for the next season, he again played for the same team.

Furthermore, Whitefield made the Twins' 60-man summer camp roster on June 29, 2020. In the same year, he made the Twins' Opening Day roster. His MLB debut came on July 25, 2020, against the Chicago White Sox. And Whitefield became a free agent on November 7, 2021. Just after three days, on November 10, he was signed on a minor league contract with the Los Angeles Angels organization. 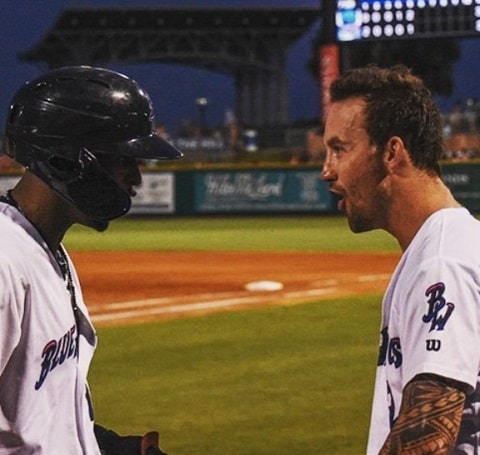 You May Read: Anthony Joseph Alford

Currently, Whitefield plays for the Los Angeles Angels organization. So, Whitefield might be making a good sum of money. As per a report, the average salary of an MLB player is $4.38 million. The actual details of Whitefield's earnings are away from the media.

According to Spotrac, Whitefield has a base salary of $563,500. Considering this fact, we can assume that his net worth is in six figures. Furthermore, Whitefield lives a quality life and flaunts his lifestyle via his Instagram handle, where he is registered as @aaron.whitefield. 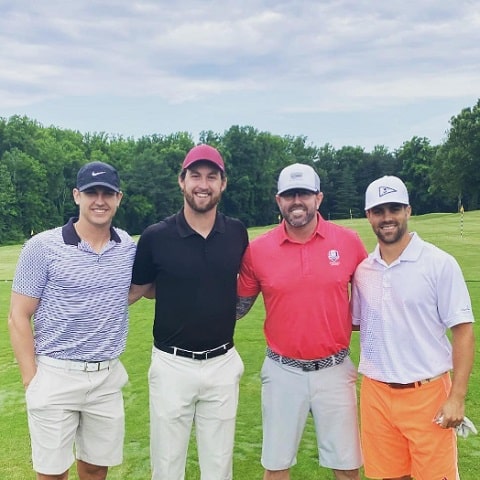 Aaron Whitefield lives a quality life with his great in SOURCE: Instagram @aaron.whitefield

Before coming into his current team, he played for the Minnesota Twins of Major League Baseball. So, during his time at the Minnesota Twins, Whitefield may have gained a fruitful sum of money that has surely helped him increase his fortune.

Aaron Whitefield Is Dating His Girlfriend

Coming into his personal life, Whitefield is currently in a relationship, and he is dating his beautiful girlfriend named, Tori Angermeier. The love birds have been dating each other for quite a long time now. Depsite that, they have not announced anything about their marriage.

Furthermore, Whitefield and Angermeier have shared numerous posts on their Instagram handles. Both of them are fun-loving people, and they love exploring places together. Talking about Whitefield's partner, Angermeier is a Chemistry Ph.D. Candidate. Her IG bio also shows that she is interested in Swimming. So, we can say that she mainly spends her spare time swimming. Apart from that, she is also a supportive partner who has appeared in various games of Whitefield to support him. We can follow her on Instagram under the username @toriangermeier.

Some Facts About Aaron Whitefield