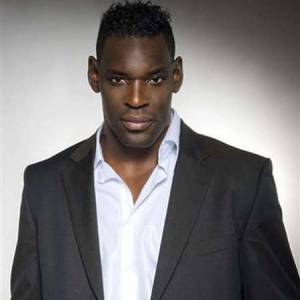 Quarteron has been active professionally beginning his career in 2004 and has fought in a total of 48 matches. His current record holds 41 wins, 6 loss, and one draw.

Patrice Quarteron was born on March 20, 1979, in France. He was a kid with a slightly bigger body build because of which he was bullied in school. He began training in kickboxing at the age of 14 to defend himself from his bullies. He began by training in Burmese boxing but later also trained in Kick-boxing and muay-thai as well.

Patrice Quarteron made his professional debut in 2004 facing Joze Strep. He won his debut fight but lost his second fight against Humberto Evora. After facing the loss, he took some time off and came back to face Diego Massimongo in May of 2005. He won the fight via KO in round one of the matches. It took him a year before his next fight.

From December of 2006 to April of 2009, Patrice Quarteron fought in fifteen fights. Out of the fifteen fights, he won fourteen of them via KO. He won titles like Belgium Kickboxing Champion, Thaiboxing Caribbean Tournament Champion, French Kickboxing Vice Champion, Kickboxing European GP Champion, and A1 World Champion during that period.

On June 26, 2009, he faced against Paul Slowinski in Champions of Champions II. Slowinski knocked out Patrice Quarteron in round 2 of the match with a left hook thus ending his 15 win streak. After the defeat, he faced against Australian fighter Andre Meunier in Last Man Standing. Quarteron defeated Meunier with a KO in the second round of the match.

Patrice Quarteron and Belgium fighter Frederic Sinistra faced each other for the first time on 3rd March of 2012 in Ultimate Kick-Boxing 2. Quarteron easily defeated Sinistra with around one Knock Out. However, on 17 November 2012, Quarteron fought Sinistra once again in a rematch fight. This time around, Quarteron was not able to defeat Sinistra and the fight went the full length ended in a draw. It is the only draw Quarteron has to date.

After his fight with Sinistra, Quarteron went on an 11 win streak which was put to an end by the English fighter Daniel Sam on 24 November 2016. Sam defeated Sinistra in a full round fight of 3 rounds via the decision of the judges.

Patrice Quarteron's last match was on 23 March 2017 at Paris Fight 3 facing James Wilson. Wilson was disqualified from the match due to him breaking the rule of ground punches and Quarteron was declared the victor of the match.

Patrice Quarteron is currently in a relationship. His partner at the time is a woman called Maxi Blarf. It is not known whether she is his girlfriend or is his wife. He often posts pictures of her on his Instagram account but has never given any clear indication as to whether she just has an affair with her or whether he is married to her and she is his spouse.

Net Worth of Patrice Quarteron

The details regarding Patrice Quarteron's past financial earnings and salary have never been disclosed. Due to the lack of Quarteron's financial assets and past revenue, we are unable to put an estimate in his net worth. We are looking into the matter and shall update regarding the matter, as soon as we find out more about it.