Pathum Nissanka silva, mostly known as Pathum Nissanka, is a Sri Lankan professional cricketer. He plays as a top-order batsman for the team. Moreover, he is a right-hand batsman with huge potential and talents. Domestically, the athlete plays for the Lanka Premier League T20 Cricket team Kandy Falcons. At the same, he is a Sri Lanka cricket squad member and has also represented in all formats globally. His first appearance for the Sri Lanka cricket team came on in March 2021 in a match against West Indies.

Pathum Nissanka Silva, the top-order batsman for Kandy Falcons, started playing professionally in 2017 when he entered the First-class cricket team Badureliya Sports Club and afterward joined Nondescripts cricket club and Colombo stars in 2019 and 2021, respectively. Meanwhile, he is one of the rising popular cricketers in Sri Lanka.

On 18 May 1998, Pathum was born with the name Pathum Nissanka Silva in Galle, Sri Lanka, under the star sign Taurus. Presently, the player is just 24 years old. He is still a fresh and healthy youngster. He is a Sri Lanka nationality of Asian ethnicity. Nissanka had quite a tough boyhood as his family had financial problems then. He was raised in a low-standard family because his father, Sunil Silva, did not have a good job; he used to work as a ground boy, whereas his mother used to sell flowers and worship items near the Kalutara Temple. Despite all these odds, his family never felt back to fulfill his needs. He also often shares their photographs on his media handles, but details on her and his sibling's identity are still not revealed yet. Talking about his schooling and colleges, the former Badureliya cricketer completed his primary level Kalutara Vidyalaya where he initially cricket. After finishing his education, he was committed to studying further study at Isipathana College, Colombo. Furthermore, Nissanka has a height of 5 ft 9 inches or 1.80m and weighs around 77kg. Exploring his Instagram handle, he regularly hits the gym to maintain his good physique. Also, he has brown skin, and his right hand is covered with a tatoo.

Pathum Nissanka, 24 right-handed batsman, faced many struggles in his adolescence. Tackling all these odds, he is now a successful cricketer. His actual cricket journey began at his local school Kalutara Vidyalaya where he was praised for his amazing performance. He stunned everyone when he scored a double century off 190 against President's Colege, Rajagiriya, at Colts ground, Colombo, in the School Cricket Championship. Likewise, he played at the college level too.

Afterward, he joined the domestic cricket team Badureliya in 2017 and competed in several district-level tournaments. Finally, on 17 March 2017, he earned his List A debut match for Hambantota District in the 2017-17 District One Day Tournament. Similarly, on 24 February 2018, Nisssanka got his debut match for Badureilya Sports Club in the 2017-18 SlC Twenty20 Tournament. The follwoing month, he was also named in the Kandy squad for the 2017-18 Super Provincial One Day Tournament. After the end of his contract, the Galle-born player signed with Nomndescirpt Cricket Club, where he played two years for the team.

Reportedly, after that, Nissanka was picked for the Colombo star following the draft for the 2021 Lanka Premier League. But in July, Kandy Falcons welcomed him into their team to play in the 2022 Lanka Premier League. Currently, he shares a field with some high-class players like Wanindu Hasaranga, Kamindu Mendis, etc., at Falcons. 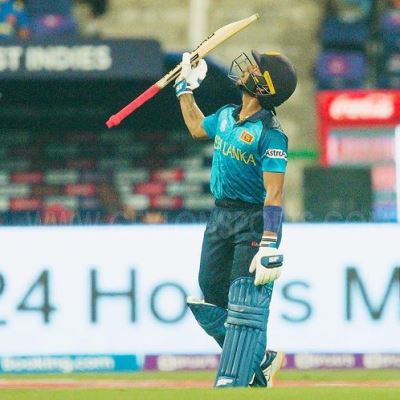 Regarding his international career, he has been playing for the Sri Lanka Cricket team since 2019, when he was selected for the first-class series against Ireland A. The prudent player Pathum also tops the high-scoring list of the team with 259 runs in two matches. Like his domestic career, the Sri Lanka international did pretty well in his sophomore year with the national team. For your information, his test and T20I debut for Sri Lanka came on 21 March 2021, and on 3 March 2021 came with the same nation (West Indies), respectively.

His last test was against Australia on 8 July 2022. Not to mention that he greatly contributed to Sri Lanka winning silver medals in the 2019 Asian games as well. Nissanka has played for Sri Lanka in numerous tournaments like the 2021 ICC Men's T2o World Cup, One Day International, etc. With his batting skills and ability, he has nursed his nation's aid in achieving victories in many matches. Per Wikipedia, the 5 ft 9 inches batsman recorded nine appearances in tests, 17 in ODI, 23 in T20I and 40 in FC, scoring total runs of 5558 to date.

Pathum Nissanka Silva, aka Pathum Nissanka, is one of the moneyed young Sri Lankan cricketers. Notably, playing for the Sri Lanka national squad and the domestic league, Nissanka, must have earned a handsome amount of money from cricket. Moreover, he is still young and yet to make millions in upcoming years. Playing domestic league with Colombo stars, he makes annual payments of $2,50,000, approximately INR 1.9 crores. Monthly, he nets $25,000 from his present team. Therefore, as per the report, Pathum's recent net worth equals $1.5 million. Observing his social media account, he seems to enjoy his outlandish life with the money he gains from his profession.

As a quality batsman, he also whopped an impressive salary between $70,000 and $1,00,000 per annum. Due to the country's financial crisis after the covid hit, the government reduced their pay by 35 %. Besides his profession, revenue from his sponsors and commercial ads also hugely boosts his net worth. Indeed, he is one of the high-paid future stars of Sri Lanka.

Pathum Nissanka shares part of his relationship status with the crowd. He has kept some boundaries on his love life. Presently, he seems to be deeply in love with the girl he posted pictures on his Instagram with love emoji. However, he kept her identity secrete. Due to his low-key nature, there is no fact on his dating dare as of now. Perhaps, he might have been waiting for the right time to reveal his identity but now its remains under the radar. 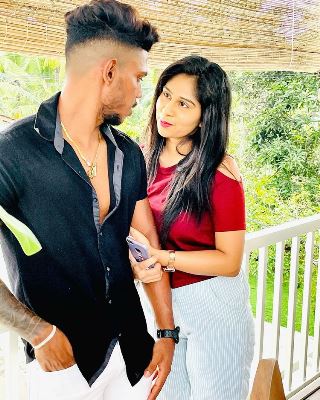 Observing his photos on his Instagram, the couple will likely get married soon. Concerning these topics, we will keep the tabs and speed to date you when it is online.