Pasqual Handi Kamindu Dilanka Mendis aka Kamindu Mendis is a  Sri Lankan Cricketer by profession. He is a right-arm off-spin, slow left-arm orthodox spin bowler. In batting, he is a left-hand bat. Presently, Mendis plays in Sri Lanka's first-class club Colombo Cricket Club headquartered at 31 Maitland Crescent, Colombo. At the same time, he is also part of the Sri Lanka cricket team. Mendis recorded his first international appearance for his nation in October 2018.

Meanwhile, he is one of the highly skilled and talented players in the Sri Lanka national squad. He plays as a batting all-rounder for the team. Additionally, his ambidextrous bowling nature made his opponent real hard to judge his bowl as he can use both hand deliveries during the same over. Talking about his domestic team info, Mendis began his domestic career with Galle in 2015, and after that, he joined Colombo in 2018. Currently, he plays with the Sri Lanka Franchise T20 team Kandy Falcons.

Sri Lanka national team batting all-rounder Kamindu Mendis is a protean cricketer. He stands at the height of 5 ft 11 inches or 1.80m and weighs around 75kg. The player is a health-conscious individual that has kept his body stature in good form. Further, he is born with light brown skin, black hair, and eyes.

Everything on Falcons' all-rounder Mendis's personal facts and early life

On 30 September 1998, Kamindu Mendis was born in the southwestern tip of Sri Lanka called Galle. The cricketer's age is 23 years old as of 20220. He was born under the zodiac sign Libra. The player is of Asian ancestry with a Sri Lankan citizenship card. Like him, his parents are natives of Sri Lanka. The Mendis family is a true devout Buddhist who strictly believes and follows his ideology and values.

He is a very good secret keeper as he has not flased any facts on his parent's identities and professions. Mendis nor any verified social sites have not revealed any news if he has any siblings by his side. For your information, he completed his college level at Richmond College, Galle. Regardless, the info concerning his study faculty remains unknown at the moment.

Kamindu Mendis represented Richmond College during his schooling days. He participated in different inter-school cricket tournaments from his school team. He was very skillful that the Sri Lanka nationality started bowling with both hands at the age of 13 years. Later, in 2015, Menids professionally set his foot in cricket, agreeing to a deal with his hometown cricket team Galle 2015. His professional List A debut came on 30 November 2015 in the AIA Premier Limited over Tournament. 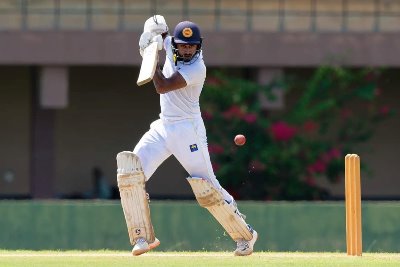 The following month, he got his first call from the Sri Lanka squad from the 2016 U-19 Cricket World Cup. Moreover, he even led the team under his captaincy. After his three years tenure with Galle, rising cricketer Mendis joined the Colombo Cricket Club in 2018, agreeing on a two-year contract. Mendis also got named in the 18 Super Provincial One-day Tournament. And his T20 debut game for Colombo came on 21 August. The bowler had outstanding stats there. More to that, Kamindu was the leading wicket-taker with 19 dismissals in the 2019-20 Invitation Limited Over Tournament.

Details on Mendis's annual wage and net worth in 2022

According to the sources, Menids has an estimated net worth is around $ 3 million, including all his cars, mansion and properties. Despite his young age, he is quite successful and has established himself as one of the well-earning players in the Lanka Premier League. From his income from his profession, the former Galle bowler lives a healthy and comfortable life with his family. He is among the young emerging Asian player in the cricket world. In his domestic and international career, he has played numerous matches and credited his balance massively.

Meanwhile, Mendis gets the monthly pay of $10,000 and yearly pay of $1,20,000 playing for the Kandy Tuskers. Angelo Matthews is the player with the highest earnings in league with an annual fee of $7,20,000. Apart from his domestic career income, the athlete also makes a handsome amount of money from his national team as well. However, the salary, bonus and allowances from his national team are yet to be transparent. Also, he has other income sources such as sponsors, endorsement deals and commercial ads.

Pasqual Handi Kamindu Dilanka Mendis, aka Kamindu Mendis, has been representing his nation since 2018. He was a former Sri Lanka's U18 member and the team captain. Not to mention that he wears jersey number 84 for the team. He is one of the priority players in the present Sri Lanka cricket team. In October 2018, he was listed in Sri Lanka's Twenty20 International squad for the one-off match against England and made his T20I debut for Sri Lanka on 27 October 2018. Thus, his consistent performance delivery for his nation's squad team also book his spot in the ODI squad. 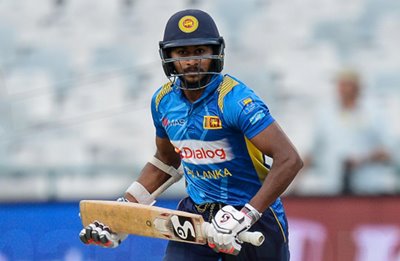 The left-hand batsman debuted in ODI on 10 March 2019 in the clash against South Africa. He was even selected as the Vice Captain of the Sri Lanka Cricket team for the 2019 ACC Emerging Teams Asia Cups. Similarly, his test debut for Sri Lanka came on 8 July 2022 in the match against Australia, where he scored his maiden test fifty and made a match-winning partnership of 133-runs with his fellow teammate Dinesh Chandimal. As of now, Kamindu Mendis has appeared in 57 international matches scoring 1528 runs in total.

Is he dating anyone? Relationship and private status

Mendis is hardly open about his love life matter to the masses. Being a private personality, he has barred his love life matter away from the social media limelight. He might not want to be in any discussion or rumors by flashing his partner's details online. Nevertheless, it is quite difficult to determine his relationship status. Also, watching his social media handles, there is no post of his partner, and he has not seen him with any lady in public.

Therefore, he is believed to be single currently. We will keep updating our tabloids on this when it is available.

Mendis is available on various social media handles like Facebook, Twitter, etc. He utilizes it very wisely as per his needs. Among all those handles, he is seen as more active on Facebook than others. He has a strong presence on his Facebook handle. His Facebook id goes by the username @Kamindumendis84. Via his Facbook, he interacts and updates his cricket-related news to his fans and followings. Moreover, he takes his strong presence as an opportunity to acquire money by promoting his sponsorship and brands.

Explore varieties of news, bio and gossip of popular athletes and celebrities at Playerswiki.