Patrick William Fitzgerald Jr. is better known as Pat Fitzgerald is an American professional coach who stands as the head coach of the Northwestern University Wildcats football team. The 2020 Bobby Dodd Coach of the Year, he was hired by the team following the sudden death of Randy Walker, becoming the youngest head football coach in the Big Ten Conference and NCAA Division I FBS at his thirty-one.

Orland Park, Illinois native, Pat Fitzgerlad was born on 2nd December 1974, under the star sign Sagittarius. The forty-six years old enrolled at Northwestern University were played for the college team, earning Big Ten Defensive Player of the Year, and was a two-time Consensus All-American. Further he is 2X Bronko Nagurski Trophy and 2X Chuck Bednarik Award winner. Though he was not picked by any NFL franchise, he was signed as a free agent by the Dallas Cowboys but released following two pre-season games.

How Much Is Pat Fitzgerald's Net Worth In 2021?

Serving as head coach at Northwestern since 2006, Pat Fitzgerald has signed a 10-year contract extension with the program through 2030. The university has not revealed the exact terms of the new deal but reportedly multiple NFL franchises reached out to Fitzgerald this year, including two that made a heavyweight.

Northwestern University football coach Pat Fitzgerald was paid over $5.1 million in total compensation for the 2017 season.  The number represents an increase of just over $1.5 million compared to the previous season's pay. He had $4.06 million in base pay in 2017, $1 million more than had been reported for him in each of the earlier three seasons. 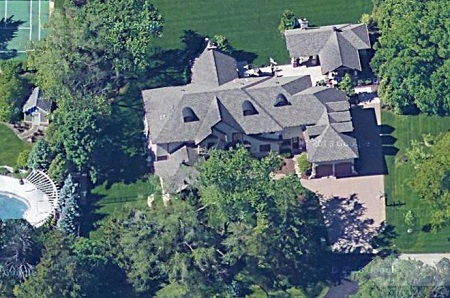 Pat Fitzgerald is married to Stacy for a long-time now. This 2021, the couple will be celebrating their twenty-one marriage anniversary. The couple met when they were students at Carl Sandburg High School and dated through college as Stacy attended Loyola. Now, Mr. and Mrs. Fitzgerald share three sons: Jack, Ryan, and Brendan, currently residing on Northwestern's campus in Northfield. 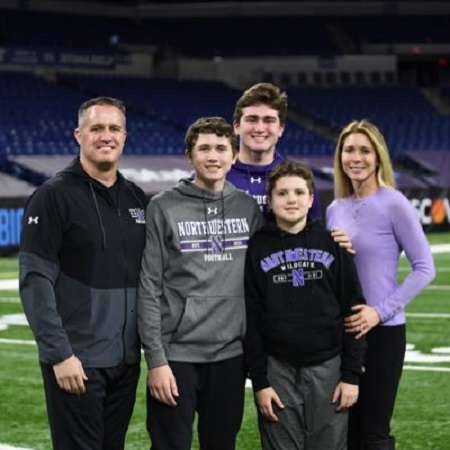 Stacy who grew up in a soccer family has a strong advocate for the game that has made her spouse a fiercely prosperous career. Also, their three sons love the game even more. Among the three, Ryan is the most football-mad he loves to dissect film with his dad.

Similarly, Jack is enrolled at Loyola Academy, where he plays as a tight end for the school team. Over 8 years in the sport, he has never been injured. Their three sons started playing tackle football in second grade, the same as when their dad first participated in Orland Park.

Pat Fitzgerald started his coaching career in 1998 with Maryland as a graduate assistant. Further, he had the same role in Colorado and also had a stint in Idaho in 2000.