He started his early career with Diambars, Lilli, Lille II and Reims. However, he was not included in Senegal's squad for the 2018 FIFA World Cup in Russia.

Pape Souare was born on 6 June 1990 in Mbao, Pikine Department, Senegal with the birth name Pape N'Diaye Souare. He was so much fascinated by the football since he was a child. He used to play with the local area football teams.

In the early ages, he played with Diambars, Lille, Lille II and Reims. These were the clubs where he used to visit on a regular basis before joining the Crystal Peace club.

Souare started his professional football career after signing a three-and-a-half-year contract with the Crystal Palace in January 2015 for an undisclosed fee to be reported as £3.45 million. It even shows how late he started his professional Club career. However, he made his Palace debut in the fifth round of the FA Cup which ended in favor of Liverpool resulted in 2-1 on 14 Feb 2015.

Next, on 22 Jan 2016, Souare again signed a new three-and-a-half-year contract with Palace. Maybe he was having good matches over there. After that, he performed for the Club against Watford and after sent off for fouling Valon Behrami which ended with a 2-1 victory on 13 Feb 2016.

After that, taking a year gap with football, Souare made his first appearance in a 1-0 win over Huddersfield Town on 19 September 2017 in the third round of the EFL Cup. Even more, he was praised for his performance by manager Roy Hodgson.

Souare has successfully established his football career in the international stage as well. However, he first made his international debut for Senegal international team against South Africa with ended with a draw at the Moses Mabhida Stadium in Durban on 29 Feb 2012.  At the 2012 Summer Olympics, he has also competed with the other players. Even he was a squad member at the 2015 Africa Cup of Nations. 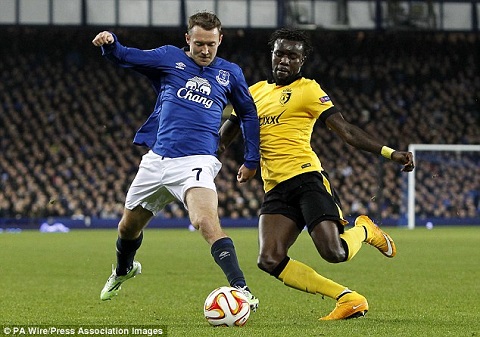 On 29 March 2016, Souare scored his first international goal from a 20-yard free kick as the Lions de Teranga won 2-1 away to Niger in 2017 Africa Cup of Nations qualification. After following his car crash, he returned to the national team in March 2018. Besides, he was not included in Senegal's squad for the 2018 FIFA World Cup to be in Russia.

Instead, he plays for the Premier League side which ensures him a £30,000 a week as the wages. It means he has millions of dollars and even lives a good lifestyle.

28-years old Souare can stand up in a height of 5 feet 10 inch which is considered to be 1.78m. He belongs to a black ethnic group and holds Senegal nationality.

On 11 September 2016, He was airlifted to the hospital after being a victim in a road accident on the M4. It was really a hard time, he was going through. After all, he sustained injuries to his thigh and jawbone. It was thought that he would be out for 6 months. 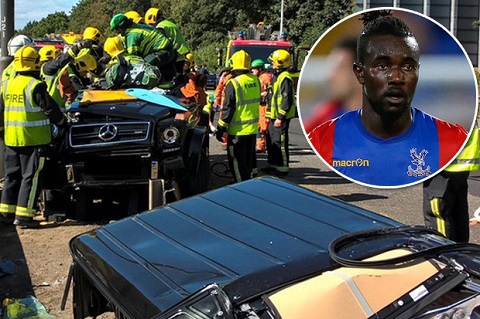 CAPTION: Souare crash over an accident SOURCE: The Sun

Following to his path, he fought with all and appeared again on his dream of being a professional football after 11 months after the accident.

There is no information regarding his affairs and relationships, which show he is probably single. However, He is also active on the social media sites such as Twitter and Instagram. He has around 9695 followers on his Instagram account.