The rising footballer Pape Gueye is a Senegal descent athlete who plays professional football at Ligue 1 club Marseille. The player serves mainly as a defensive midfielder. Also, we can describe him as a box-to-box midfielder who is renowned for his aggressive and highly competitive style of play. Not to mention, the former clubs he played for are Le Havre and Watford. Globally, he chose to play for Senegal, although he was born in France.

Even though knowing him professionally as Pape Gueye, his actual name is Pape Alassane Gueye. The upcoming future star Gueye is an African root born in Montreuil, France. Both his parents are of Senegalese origin, making him an eligible candidate for both nation's citizenship cards. His childhood days existed mainly in Montreuil.

Born on January 24, 1999, Pape is a rising footballer 23 years of age. He holds a Senegalese nationality and is of Afro-ethnic background.

The right-footed midfielder has a dark skin tone having a height of 6 feet or 1.83m. Furthermore, Pape has a well-maintained body weighing 79 kg. Not to mention, he follows the Muslim religion.

Pape Alassande Gueye remains out of sight whenever he is asked about his love life. Accessing him on his Instagram, we could not encounter anything that hints about it. Instead, it's full of his soccer shots.

Therefore, it is very challenging to conclude his relationship status. Maybe his professional busyness has taken him away from being in a relationship. We cannot be sure about this, as the player has not spoken anything on this matter.

Pape's Net Worth And Salary from His Present Club

The 23-year-old defensive midfielder Pape Gueye just came into this line in 2017. So, he has not entirely established himself like other older players. He is young and talented, probably a future star. Competing in the Ligue 1 at this early age is a significant achievement. As proclaimed by Salary Sport, Pape's net worth is considered to be $ 5 million, which includes all his assets. 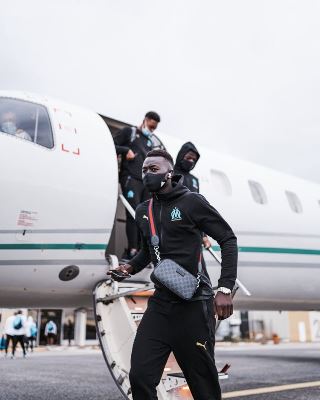 Pape's salary figure is outstanding. He joined Marseille on an agreed basic salary of £1,196,000 yearly basis. Likewise, in a week, Pape allegedly makes £32,000. Besides his club career, Pape has been associated with the Senegal national team. As a result, he also makes extra riches playing for the national team.

Most of the famous popular collaborates with various brands and companies. Likewise, he does the same thing. Adidas is his sponsor. Furthermore, his current valuation in the transfer market is €12 million, and ROOF is his agent.

Club And International Stats And Highlights

The dual nationality Pape Gueye is a prudent athlete. He initially played football in Blanc-Mesnil, SF, in 2005, where he learned basic football techniques. After five years, he joined Le Havre academy in 2012. La Havre product Pape kicked off his soccer life with the same club in 2017. In his three consecutive seasons with La Havre, Pape made his appearance in 39 matches. From Havre, he joined the Premier club, Watford. But unfortunately, without a single appearance, he moved to Ligue 1 side signing a major four deal with Marseille on July 1, 2020. 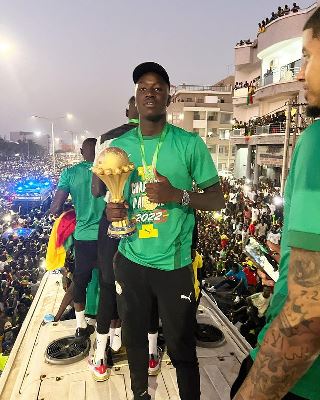 Internationally, Pape represented France's youth system at U18 and U19 in 2017. Regardless, he opted to represent Senegal at the senior level. So, on November 14, 2021, the player made his international debut for Senegal against Congo.