Aaron Rodgers, the American football quarterback has earned quite the reputation for himself since his debut. He has been selected Super Bowl MVP and was voted League MVP by the Associated Press for the 2011 and 2014. He has led his team to many victories showing time and again how high caliber the player has.

Due to all his hard work, his value has been well recognized by his teams and recently, he has signed one of the largest contracts in the NFL history. Continue reading the article to find out all about his net worth and also the huge contract deal that he penned down.

Net Worth of Aaron Rodgers

The one and only Aaron Rodgers' net worth is estimated to be $70 million. People in sports and those who are at the top of their particular sports do earn very well from their career and it is the similar case for Rodgers as well. He makes millions as a professional NFL player each year.

So we got this going for us....which is nice. #dalailama

Aaron Rodgers' name carries a high value and many big brand companies are willing to pay a large amount of money just to be associated with that name. He has been endorsed by big name brands like Nike, Bergstrom Automotive, Previa Healthcare, and Adidas. He is reported to have made $7.5 million in earnings from his endorsement deals alone. You can now see just how much value his name has. 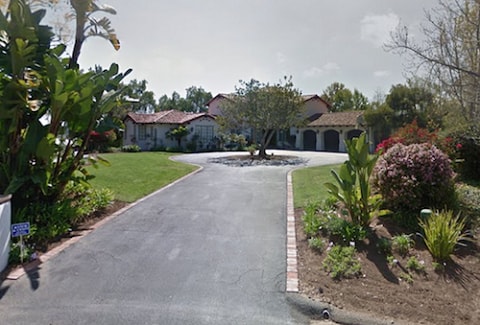 As much as Aaron Rodgers earns money, he loves to spend money just as much. He owns two houses one in Wisconsin and the other back in California the city where he grew up in. His 5,771-square-foot mansion, in Cali, is estimated to be over $10 million.

Rodgers has a huge net worth and he is not afraid to show it. His net worth only looks to grow in the future since he has penned down the largest contract in the NFL history. So, how huge is the contract?

The Largest contract in NFL History

It’s been an amazing ride the last 13 years; excited to start year 14 knowing that my future is here, in Green Bay, for our 100th season. I’ve grown up in this place, and grown older and a little wiser along the way. Thank you to our incredible fan base for inspiring us players to be better year after year. Thank you to the Packers organization for standing by me time and time again and giving me the opportunity to lead this football team. And thank you to my teammates along the way, past and present who have impacted my life in so many positive ways, giving me friendships for life. Looking forward to making some more memorable moments this year, and for years to come.... #packers100thseason #packersfamily #packerforlife #midrange

It seems like The Packers have not had enough of Rodgers since in August of 2018, they offered him one of the record-breaking deals in the NFL history. Rodgers signed a $134 million contract extension over four years with the team which is the biggest contract to have ever been formed. Add incentive to his huge salary, and this contract is likely to bring Rodgers $180 million by the end.

The contract also guarantees Rodgers with $67 million by the end of the current year while the contract extension will keep Rodgers tied with the team till the 2023 season. His new contract averages his annual salary at $33.5 million annually which beats the previous record held by Atlanta Falcons quarterback Matt Ryan who makes $30 million annually from his contract.

Famous For His Haircut American Baseball Right Fielder Bryce Harper Was Married to Kayla Varner, Now Dating Anyone as a Girlfriend? 1 year by Roy

38 Years Professional American Racer Kasey Kahne Earns Huge From His Profession; Has a Tremendous Net Worth 1 year by Roy

Former Professional Baseball Player Sammy Sosa Has a Huge Net Worth, know his Career highlights and Net Worth 1 year by Roy

Is Reporter Kacie McDonnell Dating a Boyfriend? Find her Relationship 1 year by Roy

Brock Osweiler's Earning and Salary: His Overall Endorsement and Net Worth 1 year by Roy