Born on November 29, 1983, in the city called Brooklyn, New York, she wanted to do something big and started to dream about becoming a basketball player from that age. She went through many difficulties in order to acquire her dream and due to her persistence, hard work and passion she is now a well-known WNBA player.

Tanisha Wright who has gained popularity from New York Liberty is currently living a luxury life. Her estimated net worth is about $800 thousand. She is now an experienced basketball player and her annual salary is probably around $94860 and it seems that she is earning $20000 per week. 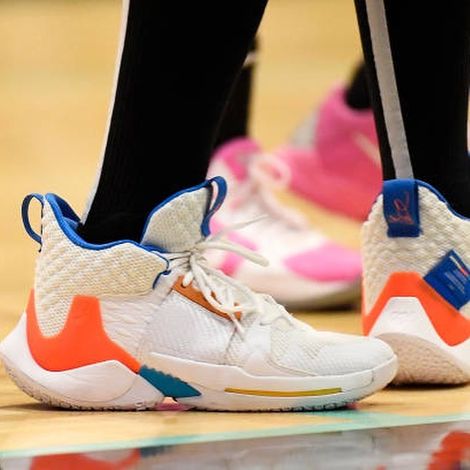 Tanisha Wright also played foreign leagues. She has appeared several times in the basketball leagues of  Poland, Isreal, France, and Turkey. Last year her estimated salary was $93000 with a weekly wage of $1800.

Wright, who also makes some earnings through endorsement deals, can be seen wearing Jordan Whynotzer0.2 shoes during her games. She has a house in Charlotte, North Carolina and also has her own Real Estat Company which can afford her a luxury life after her retirement.

Tanisha Wright is a shy woman who does not like to appear on public often. Though she is popular but still about her personal life no one knows clearly about everything. However, she did reveal that she is currently single and unmarried.

Tanisha Wright was in a relationship with her boyfriend in her sophomore year in college. She is still close to him but is not dating anymore.

The WNBA shooting guard also has a desire to be a mother someday. However, when it comes to her own mom, she doesn't remember much as her mother, who was destroyed by the drug, left her when she was just 3.

Tanish was born to Charles Berry and Victoria as second among the 10 children. She was abandoned by her mother and was raised by her paternal grandmother Thelma Berry in West Mifflin. Her grandmother worked nights as a janitor and other jobs to provide Tanisha safety in the projects.

Her mother passed away due to heart failure in 2011. Her father, who was in and out of the jail quite often, passed away in 2007.

Tanisha Wright completed her high school from West Mifflin (West Mifflin, Pennsylvania) where she decided to become professional basketball player. She got drafted in 2005 and started to play for one of the most renowned WNBA club Seatle Strom.

But before that, she began her career from her collage Penn State University.

Tanisha Wright played for Seatle Strom for a bit long time as she joined the team in 2005 and remained there till 2014. And all those years she performed well in the court. She is a renowned player and has appeared in many international leagues also.