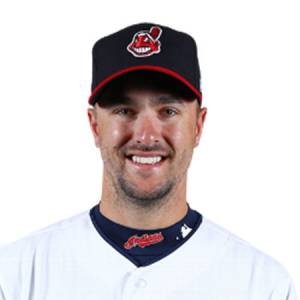 Lonnie Chisenhall is an American professional Baseball player who plays in the Major League Baseball (MLB). As of 2019, Lonnie Chisenhall currently plays for the Pittsburgh Pirates as their outfielder. Previously, he played for  Cleveland Indians.

As an outfielder, Lonnie Chisenhall reportedly earns around $2,750,000 as his yearly salary from Pittsburgh Pirates. Further, Lonnie Chisenhall has an estimated net worth of over $6 million. Additionally, he is married to his wife, Meredith and shares 3 children with her.

Lonnie Chisenhall Net Worth and Salary

As of 2019, Lonnie Chisenhall has an estimated net worth of over $6 million. He reportedly signed a 1-year contract, including $2,750,000 guaranteed with Pittsburgh Pirates in 2018 whereas Corey Dickerson is one the top earner of the team with the annual salary of $8,500,000.

Chisenhall  contract and earnings including bonus and incentives:

Further, Chisenhall is going to earn a base salary of $2,750,000 in 2019. Further, the MLB Player Lonnie Chisenhall earns a good amount of money from various sponsorships.

Digging deep into his personal life, he is a married man and currently married to his wife Meredith. Further, the couple shares 3 children together.  Their first child, a son named Cutter, was born in 2012. Their second child, Cannon (son), arrived in April 2014 and their 3rd child, a daughter named Loftin, was born in August 2017. 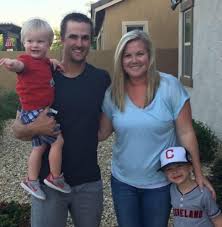 CAPTION: Lonnie Chisenhall with his wife and children. SOURCE: Fabwags.com

Additionally, the couple seems to be living a smooth life with no rumors of divorce and separation.

Talking about his body measurement, the Famous MLB star is 1.88 m (6 feet 2 inches) in height and weighs around 86 kg.

Lonnie Chisenhall was born on October 4, 1988, in Morehead City, North Carolina to parents Tommy Chisenhall and Becky Chisenhall. He is American according to his nationality and belongs to the White ethnic group. Further, his star sign is also Libra.

Chisenhall graduated in 2006 from West Carteret High School in Morehead City, North Carolina. In the 11th round of the 2006 Major League Baseball Draft, he was drafted by the Pittsburgh Pirates, but decided to attend the University of South Carolina.

Chisenhall played in his freshman year for the South Carolina Gamecocks baseball team, but after being charged with breaking into a dorm room and stealing electronic equipment, he was dismissed.

The  Cleveland Indians chose Chisenhall in the 2008 MLB draft with the 29th overall pick. In 2008, he played 68 games for the Mahoning Valley Scrappers affiliate of the Indians, posting an AVG.290 with 5 HR and 45 RBI.

On July 6, 2011, Chisenhall hit the first home run off New York Yankees' Boone Logan. On July 7, 2011, the Toronto Blue Jays pitcher Carlos Villanueva hit Chisenhall with a fastball and had to leave the game with facial contusions.

In game 2 of the American League Division Series of 2017. With the Indians down 8-3 in the 6th inning with two outs and runners on 2nd and 3rd against the Yankees and count 0-2 at Chisenhall, Yankees reliever Chad Green threw an inside pitch that grazed the bottom of Chisenhall's bat.

Chisenhall signed a one-year Pittsburgh Pirates contract worth $2.75 million on November 27, 2018. Currently, he is playing along with his star teammates like Chris Archer, Gregory Polanco and many more.