J. T. Chargois is an American professional Baseball player who plays in the Major League Baseball (MLB). As of 2019, J. T. Chargois currently plays for the Los Angeles Dodgers as their pitcher.

As a pitcher, J. T. Chargois reportedly earns around $535 thousand as his yearly salary from Los Angeles Dodgers. Further, he has an estimated net worth of over $1 million.

J. T. Chargois was born on December 3, 1990, in Sulphur, Louisiana. However, the details about his parents are not available in the media yet.

There's no better feeling than having family in the stands, especially my @mamashag #shagswag

As per his nationality, he is American and belongs to White ethnic group. Further, his star sign is Sagittarius. He has 2 sibling sisters named Katelyn Chargois and Tylor Chargois.

Chargois attended Louisiana's Sulphur High School in Sulphur. In 2009, his senior year, he was named to the All-State team. He went on to play baseball at the Rice University just like Anthony Rendon, playing for the Rice Owls baseball team.

As of 2019, J. T. Chargois has an estimated net worth of over $1 million. He reportedly signed a contract with Los Angeles Dodgers in 2018 while Clayton Kershaw in the highest paid player of the team.

Further, the MLB player has an average salary of $535 thousand annually. He has so far made earnings of $1,842,697 from his entire MLB career while Alex Rodriguez is all-time highest earner of MLB with the career earning over $437.2 million.

Furthermore, he is one of the players who receive a salary as a pre-arbitration player with reference to his service time in MLB.

Chargois, age 28, is reported to be unmarried and is single currently. Additionally, there aren't any rumors about his past affairs, relationship and girlfriend in the media yet. He has shared several photos on his Instagram with his family and sisters. So, he seems to have a quite good relationship with his family but has not revealed any details about his girlfriend. 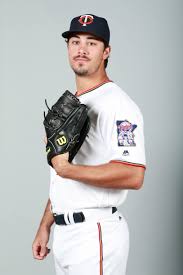 However, the famous sports personality might be in a secret relationship with his probable wife or girlfriend. Talking about his body measurement, the Famous MLB star is 6 feet 2 inches in height and weighs around 91 kg.

In the second round with the 72nd overall selection of the 2012 MLB Draft, the Minnesota Twins selected Chargois as the pitcher. He appeared in 12 games for the Elizabethton Twins of the Appalachian League at Rookie-level, pitching to a 1.69 earned run average( ERA) and recording five saves in 16 innings.

After the 2013 and 2014 seasons with surgery recovery, he joined the Twins in an instructional league after the 2014 season. On 23 February 2018, Chargois was hired by the Los Angeles Dodgers.