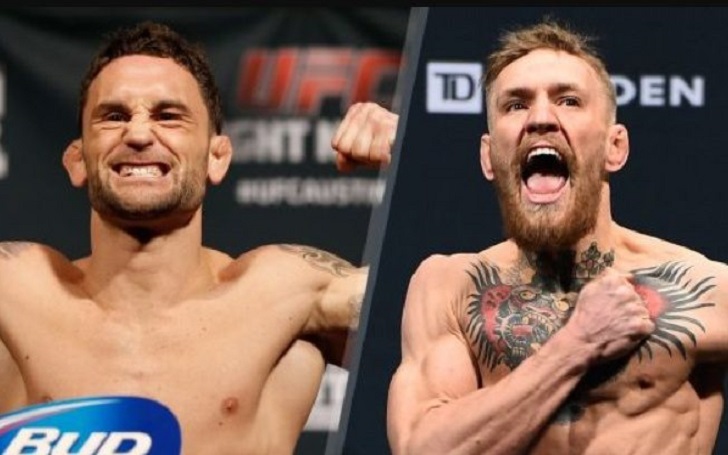 The former UFC lightweight champion Frankie Edgar previously expressed his desire to fight the former UFC champ champ Conor McGregor before his retirement. And most recently, he has pushed the talked calling him out to fight at the end of this year.

Edgar who is planning to move down to bantamweight revealed that he would move up to the lightweight if the former champion accepts to fight him. While Conor has been only calling out the fighters this year including Justin Gaethje and Donald Cerrone etc, Frankie wants to make the fight happen.

“Hey let’s stop faking the funk, don’t just say it, let’s follow through on it and let's get it done. I’m game any weight, any time, we could do it really anywhere. That’s a fight that you get remembered for."

“It’s no secret Conor’s the biggest star in the sport or at least one of them and with that comes a lot of attention. He’s gonna be remembered, for sure, twenty years from now and I want to have that guy on my record."

“I’ll fight wherever he wants to fight. We can do it at welterweight if he feels. He’s gonna be bigger than me no matter where we fight at so, I’m game. I’ve been trying to watch my weight a little bit knowing that bantamweight is coming but I wouldn’t mind pouring some pounds on now.”

The two lighweights were rumored to fight multiple times but was never scheduled.

“It gave me hope that maybe I can get a fight with him, I’ve been trying to fight this guy for a really long time. I know he’s mentioned my name before so who knows if it’s just him throwing a lot of sh* t at the wall and seeing if something sticks but I’m game.

"He knows that I’m game, and I know I’m supposed to go down to bantamweight but I would obviously delay that for the McGregor fight.”

Kamaru Usman on Jorge Masvidal: "I will knock him out if I need to" 3 months by Jack Ol

Joe Rogan named Highest Earning Podcaster in 2019; How much did he Earn? 4 months by Jack Ol