Elandon Roberts is a famous Linebacker who is currently playing with New England Patriots. He is the two times winner of Super Bowl champion and he has a total tackle record of  201 in three seasons.

Elandon has appeared in the NFL for three seasons and he has estimated net worth at around $2.5 million. On may 2016 he signed a four-year contract with Patriots which was $2.44 million worth and he received $100,356 as a signing bonus.

His 2019 cap hit is 1.0 percent of the Patriots' cap total for the season. Roberts passed for 0.3 snap% last season. The average for ILBs who played 50% or more of their team's defensive snaps in 2018 was 0.4 percent of the team's total cap hit.

6 ft tall Elandon is in a relationship with stunning beauty Tori Williams. Tori Monique Williams was born on December 14, 1994. Her mother's name is  Victoria Williams and John Williams is her father and she has a sister named Whitney Williams

Roberts and Tori dating each other since from college days where Roberts used to play score for the senior team and his girlfriend used to be a track & field athlete at the University of Houston. She was graduated in 2013 from Plaquemine High School and in 2017 she was graduate as a civil engineer.

Robert was born in Texas and he was grown up in a middle-class family. His father's name is Eli Roberts and his mother's name is Stephanie Roberts and he has newly born niece Kyleigh she is the daughter of his sister, Elexsia Roberts, who is graduated from Wiley College. 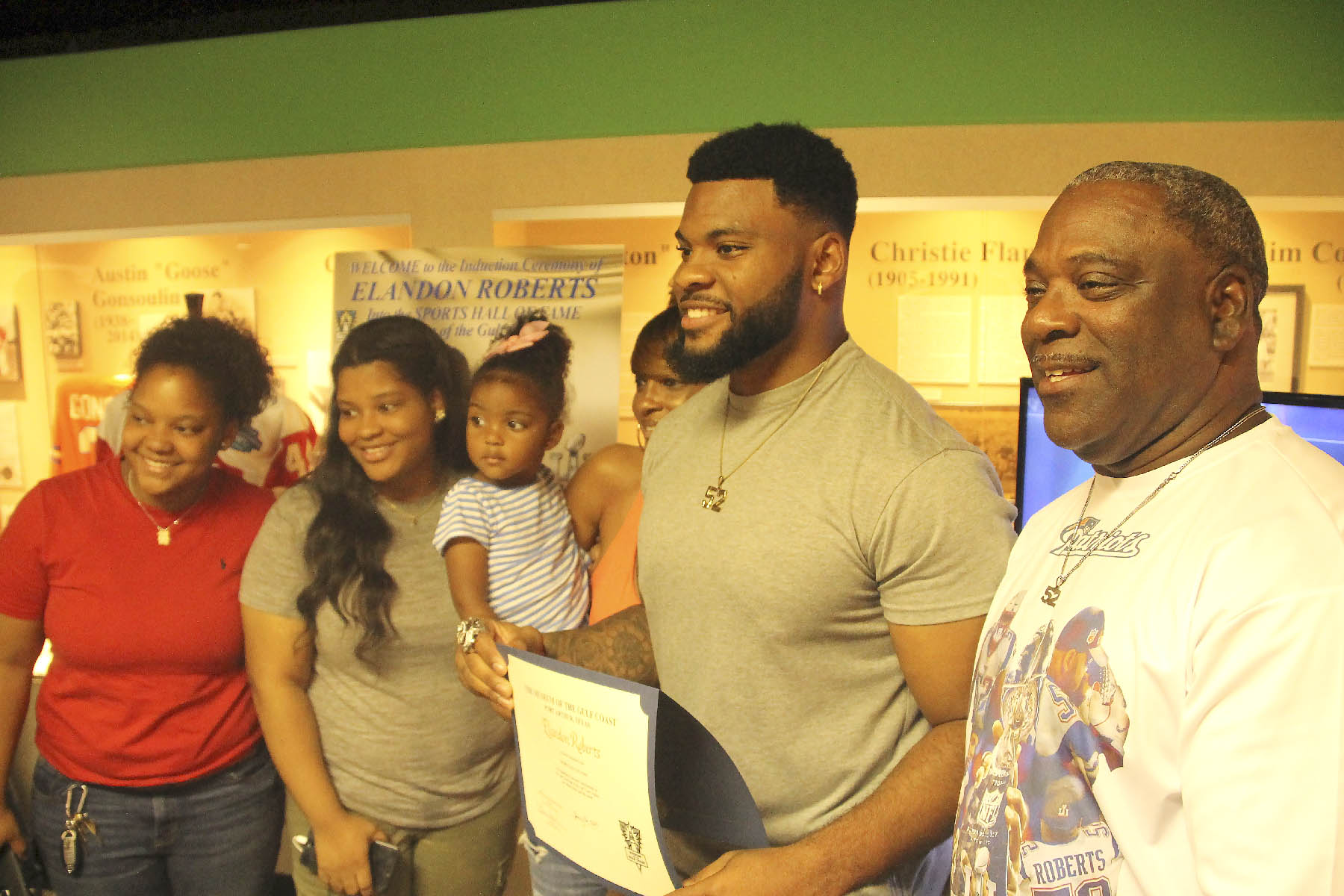 Roberts has three siblings. His older brother, Eli Roberts is graduated from Sam Houston State University with a major in Criminal Justice. His older sister, Elexsia Roberts, graduated from Wiley College in Education. Younger Sister Elondria Roberts is a current student at Lamar University in Beaumont. His cousins Jermire played football at Iowa and his cousin Calvin played football at Oklahoma State.

Roberts started to play Score from Memorial High School in Port Arthur, Texas. After joining in Morgan State University he played college football for Morgan State as a freshman linebacker in 2012 where he finished the season with 107 tackles. After his freshman season, he was transferred to play football at the University of Houston from 2013 - 2015 where he used to be a Team Captain.

In 2016 he was recruited by the New England Patriots from where he made his first NFL start on October 16, 2016, against the Cincinnati Bengals. After three years his performance in the team was exceptional and that's the reason, on Feb 2019 he was considered as the Team Captain of Patriots.