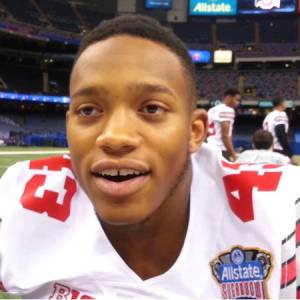 LIV Super Bowl champion, Darron Lee currently plays side the Kansas City Chiefs of the National Football League (NFL) as their No. 50 Linebacker. He finished his collegiate career at Ohio State University and was selected by the New York Jets in the 1st round (20th overall selection) of the 2016 NFL Draft.

Born on October 18, 1994, Darron Lee is a native of Chattanooga, Tennessee. His star sign is Libra. As per nationality, he is an American who belongs to the Afro-American ethnic background.

No. 50 – Kansas City Chiefs' Linebacker, Darron Lee is yet to talk regarding his Affair, girlfriend or married. As of now, he seems to be single or might be dating secretly. 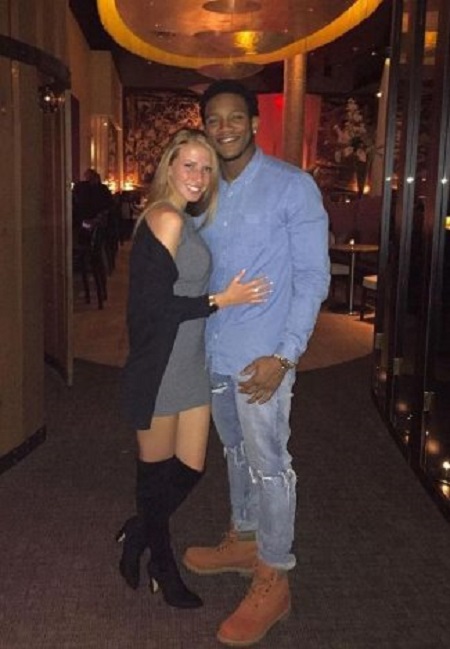 Back in 2016, at the Governors Ball Music Festival in New York, Lee got into a verbal argument with his girlfriend, and teammate Leonard Williams had to physically remove him from the situation.

Born to Candice Lee, Darron was raised by a single parent. At an early age, Darron Lee moved to New Albany, Ohio from Chattanooga, Tennessee. During his high school, he did extremely well and emerged as a football player. He played as a wide receiver, quarterback, and safety return. He led his team to the semi-finals. Unfortunately, he lost against Trotwood-Madison High School.

Later on, he played outstandingly in his junior and senior years and made several records. Due to his remarkable performance, the Rivals.com rated him as a three-star recruit. The Scout.com has also rated him. On May 26, he obligated to play college football for Ohio State University. When he started his college at Ohio State, his ladder of success was climbing the high skies from initial days. He underwent injury while playing to Ohio State. On January 2, 2016, via Twitter, he announced his enrollment to the 2016 NFL Draft. His career highlights and awards are worth to watch for the upcoming players.