Colleen Mary “Coco” Miller who is popular as Coco Miller is a former basketball player who played in the WNBA from 2001 to 2012 for teams like Washington Mystics, Atlanta Dream, Los Angeles Sparks. She played college basketball for Georgia and was picked 9th overall in the 2001 WNBA Draft by Mystics.

The 5 ft 9 inches tall guard was born on September 6, 1978, in Rochester, Minnesota. Miller spent her childhood in Minnesota and also participated in the World University Games where she won a silver medal.

Net Worth and WNBA Earnings

Coco Miller has an estimated net worth of $600 thousand. Miller used to be the player of  Washington Mystics along with Elena Delle Donne, with whom she had signed a $94000 contract for two years with $40,000 as a bonus in 2007.

Miller was traded to Los Angeles Sparks in 2012 where she played her last season of WNBA. After her retirement, she is working as a Clinical Laboratory Technologist at Mayo Clinic.

The 2009 WNBA Most Improved Player is single. She is a famous WNBA guard who has managed to secure the winning side for her teams. She got retirement from WNBA in 2012, and before she had a goal to become a clinical Labrotorist and now she spending time in Mayon Clinic Lab.

Born in Rochester, Minnesota, Coco Miller grew up with her twin sister Kelly Miller who is also a former basketball player. Miller's sister played together throughout their career in College and were honored with the James E. Sullivan Award for most outstanding amateur athletes in 1999. 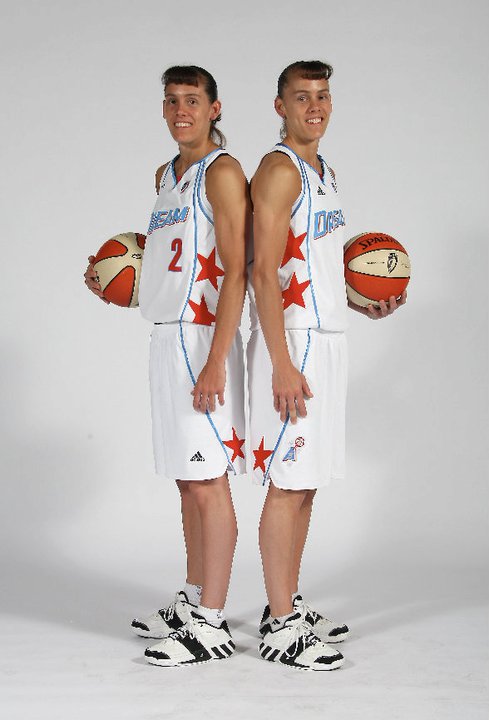 The Miller twins went to Georgia for their graduation and majored in biology. They both announced for the 2001 WNBA Draft where her sister was picked 2nd overall by Charlotte Sting while she was the 9th pick.

In 2002, both sisters also played together for  Birmingham Power of the National Women's Basketball League. Like Cono, her sister also won the WNBA Most Improved Player Award in 2004.

She started high school from Mayo where she started to gain some recognition after leading the school to Minnesota state's Class 4A championship.

She joined Georgia senior team in 1997 and finished her college career fifth among SEC women in scoring. She was a finalist for the Naismith award as the player of the year during her final college season.

She has also been the part of overseas tournaments, in 2003 and 2004 where she played in Turkey and in 2006 offseason of WNBA, she became the part of Russian WNBA tournaments.