Married to his wife Piper Riley Billups, Chauncey Billups has an estimated net worth of above $40 million as of 2019. What does he do for a living currently? We have all the Details about Billups in the below sections.

Who Is Chauncey Billups Married to? His Wife and Children

Chauncey Billups is blessed with a married life of about two decades. He tied the knot with his girlfriend Piper Riley Billups in July 2001 in a lavish wedding ceremony in front of family and friends. The couple first met each other at  George Washington High School in Denver, Colorado but in an interview with The Baller Life, Billups revealed that they first met each other at a barbecue at the age of fifteen.

Chauncey and his spouse Piper are blessed with three lovely daughters named Cydney, Clara, and Cenaiya.

Merry Xmas to all from The Billups’.

Besides, his friend Kevin Garnett who is also a NAB player is his daughter Ciara's godfather. Billups with his wife and children went for a vacation to Mykonos after he announced his retirement in 2015.

He and his wife run a foundation in Denver that is committed to exposing them to new experiences. His wife is also active in philanthropy. Billups also received an award for his philanthropic works some years back.

Billups idol in the basketball career was Joe Dumars since he wore jersey #4 in his respect. Talking about his basketball favorites, he mentioned that his favorite team is Denver Broncos.

How much Net worth does Chauncey Billups have?

Chauncey Billups is one of the highest paid NBA players of his time since his annual salary at that time was around $2.5 million. As far as his career earnings are concerned he has made a decent amount of money from his NBA career.

The exact figure of his career earnings is around $106,836,936 which he earned after playing over 17 seasons in the NBA. So far the estimated net worth of Chauncey is above $40 million as of 2019.

Billups is currently working as an NBA analyst so it can be assumed that he is still earning a quite good amount of money. There is not much information about his endorsements during his NBA playing career but in one of his Instagram post, he has mentioned that he is paid by the Pepsi Center nowadays.

Despite his satisfactory financial earnings, he has some personal assets which include a collection of cars and home. Currently, he is living a lavish lifestyle with his dazzling net worth. 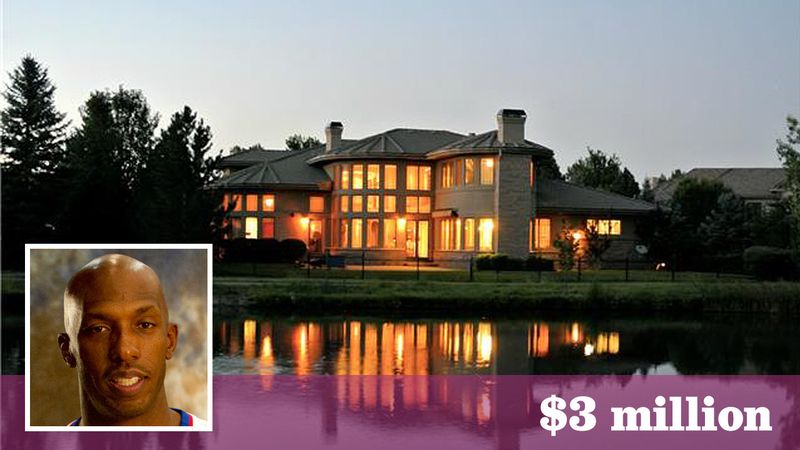 Chauncey Billups along with his teammate Ron Mercer was accused of sexual, harassment in their friend Antonie Walker's home with a woman but no criminal charges were filed besides they settled in a civil suit in 2000.

As per his wiki, Chauncey Billups was born to parents Faye Billups and Ray Billups on September 25, 1976, in Denver, Colorado, United States. Chauncey is American by nationality and belongs to the mixed ethnic group. Billups spent his childhood along with his siblings Rodney Billups and Maria Billups.

Chauncey started his professional NBA career with the Boston Celtics after he was drafted in the 1997 NBA draft but was later traded along with Dee Brown and Roy Rogers and John Thomas to Toronto Raptors in exchange for Kenny Anderson and two other players in 1998.

In addition to this, he also played for Denver Nuggets and Orlando Magic in 1990 and 200 respectively. After that, Chauncey played for two seasons with Minnesota Timberwolves until 2002and was left, free agent.

Soon after he was left free agent, Billups was signed by the Detroit Pistons in 2002 and he played there until 2008. During the 2008 season, he got injured after being tangled with Jameer Nelson of the Orlando Magic. Due to his outstanding performance, he was listed in the list of seven players who entered 7th straight conference finals along with Magic Johnson and Kareem Abdul Jabbar.

Besides, Billups played for several other NBA teams including the New York Knicks, Los Angeles Clippers and at the end of his NBA career, he played for the Detroit Piston from where he was retired in 2016.