Iranian native, Amir Aliakbari is professional a Fighter who recently signed with UFC to perform in Heavyweight division. Previously, he competed at Absolute Championship Akhmat (ACA) and Rizin Fighting Federation. Reportedly, he was signed by UFC on June 6, 2019

2010 world wrestling championship winner Amir has managed to collect a net worth over $50,000. To know more about Amir's bio, salary, net worth, personal life, and professional career, go through our article until the end.

Amir Aliakbari Earnings; How much his Net Worth?

Amir who has won many titles has managed to collect decent net worth from his professional career. Reportedly, he has an estimated net worth over $50,000. However, the details about his salary are still behind the rock. Moreover, he has collected $85,466 as career earnings. Amir is also expected to earn additional cash from endorsement deals and sponsorship.

Well, fighters are well known for living an exotic life and you need to have a beautiful paycheck for such a lifestyle. We are fairly sure that he earns a great fortune from his professional career.

Is Amir Aliakbari Married? Know about his Personal Life

Well, the information about his marital status is not in the media yet. Moreover, he has never talked about his relationship status in the media. However, he might be dating secretly or living a wonderful marital life. Also, he has never mentioned his wife in his social media. So, we doubt him to be single and might be waiting for a perfect girl to step into his life. 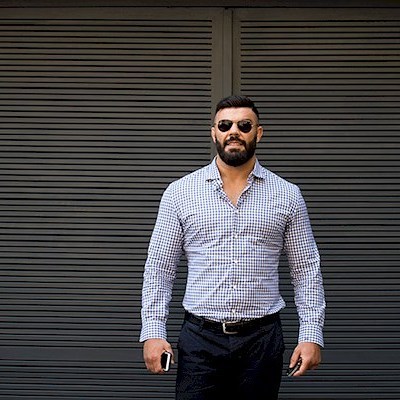 In addition, Amir seems to be focused on his career and this might be the reason that he is passionate for his work. Exploring his social account, we couldn't find any hint about his probable relationship or affairs instead it is filled with the pictures of his professional career.

Amir was born on 11 December 1987 in Shahriar, Tehran Province, Iran. The information about his parents and siblings are still beyond the rock.

As per his birth, he is Iranian by nationality and belongs to the Asian ethnic group. Also, he was born under the star sign Sagittarius. Apart from the mentioned facts, the detailed information about his early life and bio is not in the media yet.

Prior to his UFC career, he played as a Wrestler for Melli Haffari Company Ahvaz Sports Club of Iranian Premier Wrestling League. Reportedly, he was signed by UFC on June 6, 2019.

In his career, he was trained under UFC fighters such as Mark Hunt and also trained along with the fighters Mike Swick and Soa Palelei. Moreover, he is the first Iranian to pursue a career in MMA. Additionally, he has also played against famous wrestler Brock Lesnar.

Daren Bates 1990 - Daren Bates' NFL Career Stats and Earnings; How much does she Earn annually?