Philip John Fleck Jr. a.k.a. P.J. Fleck is an American football coach and a retired player. Currently, he stands as the head coach for the Minnesota Golden Gophers football team and previously coached the Western Michigan Broncos football team. Fleck finished his collegiate career at the Northern Illinois University and for the San Francisco 49ers of the National Football League (NFL).

Sugar Grove, Illinois native, P.J. Fleck was born on 29th November 1980, under the star sign Sagittarius. The thirty-nine years hold an American nationality and belong to the white ethnic background.

In November 2020, he signed a seven-year $33.25 million contract. As per the contract, his salary will increase from the current $3.6 million per year to $4.6 million in the first year of the new deal, then increase by $50,000 each year after that.

Who is Fleck's Wife? (Marriage, Divorce, and Children)

Fleck has married twice. He first tied the knot with Tracie Striebel. In 2015, the couple divorced. In 2016, Fleck married Heather Flecks. 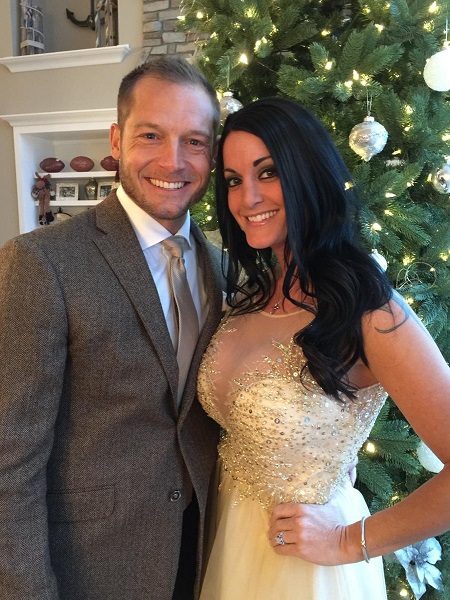 Fleck is father to five children: stepson Gavin Jackson, sons Carter Joseph (C. J.) and Colt, and daughters Paisley Jane (P.J.) and Harper. Colt expired shortly after birth because of a heart condition. Paisley was born on December 17, 2012, the same day Fleck was announced as the new coach at Western Michigan University.

P.J. Fleck was born to Linda Fleck and Phil Fleck. Fleck started his playing career at Kaneland High School located in Maple Park, Illinois where he helped the Knights win back to back, undefeated state championships in 1997 and 1998. Fleck also lettered in varsity track and basketball. Upon graduation, Fleck attended Northern Illinois University where he played wide receiver. Fleck is a 2004 graduate of Northern Illinois University with a bachelor's degree in elementary education.

In the 2004 NFL Draft, Fleck was signed as an undrafted free agent by the San Francisco 49ers. He spent a majority of the 2004 season with the team and the follwoing season on injured reserve after suffering a significant shoulder injury during the preseason. On June 12, 2006, Fleck was released by the 49ers.

On December 17, 2012, Western Michigan University announced the hiring of Fleck as the new head coach.
On 6th January 2017, he became the head football coaching job at the University of Minnesota.