Osman Bukari is a Ghanaian football player who plays as a winger in the Serbian SuperLiga club Red Star Belgrade. Bukari, the winger for Red Star Belgrade, is a youth product of Accra Lions based in the East Legon, Accra, Ghana. Originally, Bukari used to play in a midfield area, especially as an attacking midfielder. He is the former Ghana youth international who first appeared at the U23 level in 2019.

The Ghana international Bukari is one of the renowned Ghanaian footballers in the football world. Moreover, Bukari has been part of the Ghana national team since 2019, appearing at the U23 level. Trencin, Gent, Nantes FC and Red Star Belgrade are the soccer clubs he has played previously.

Osman Bukari is a player born in 1998 with a Sagittarius as a zodiac sign. The player celebrates his birthday on 13 December every year. As of 2022, Bukari aged 23 years old.

Bukari, the 23-year-old winger, is of Ghanaian nationality with a Ghanaian citizenship card.  He is a devout Christian who shares and practices Bible theology and values. The former Nantes attacking midfielder Bukari is a black man who measures his height at 5 feet 7 inches or 1.70m and weighs over 68 kg. The footballer works out every day to sustain a healthy and athletic body. Furthermore, he has short hair and black eyes.

The former K.A.A. Gent star player Osman Bukari was raised by the Ghanain Parents. Both of his parents are Ghanaian natives. Like him, his parents are Christian followers. His family was aware of his son's interest and love of football. So they never forced him against his will. They always have been his greatest supporter and motivation in his soccer journey. For your information, Osman seems to be a reserved individual. 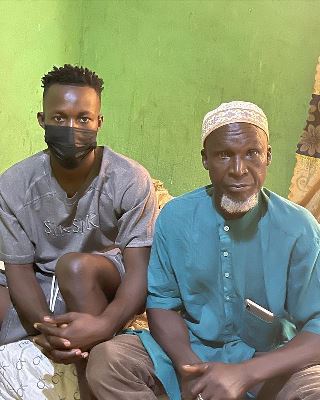 The athlete has not shared much information regarding his parents' names and professions. So at the moment, it remains under the radar. However, exploring his media platforms, the professional footballer seems very close to his parents. Despite mentioning their info, he is seen posting their photographs on his social media handles.

The 5 ft 7 inches, 68kg winger Osman Bukari was fond of football from an early age. Being a participative personality, he participated in most of the curriculum activities he could play during his schooling. His love and passion for soccer grew as he grew older.

Starting his juvenile career at Accra Lions in 2017, the former Nantes man Osman Bukari set foot as a football junior and played a season with the team. The following year, he was loaned to Belgian First A division club R.S.C Anderlecht to play his youth level in the 2018 season. Shortly after joining the club, the senior Fortuna Liga club R.S.C Anderlecht AS Trechin's head coach spotted his skills and versatility. Finally, Bukari, who is 23 years old, got promoted to the senior AS Trencin making his first soccer debut in the 2018 season of the  Fortuna Liga. Bukari debuted his First Fortuna game on Rozomberok on 29 July 2018.

Ghana international Osman Bukari's debut season was outstanding. His impressive performance established him as the most influential player for his club, AS Trencin. Also, Bukari succeeded in being nominated as one of the top three players for the player of the season award. In his two-season at Trencin, Bukari, the Coupe de France 2021-22 champion, made his appearance in a total of 56 games sending the ball 12 times behind the net. 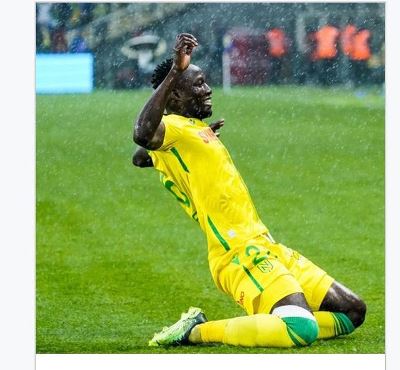 Reportedly, on 4 September 2020, he moved to the fellow Belgian club Zent agreeing on a three-year deal from Trencin. Unfortunately, after playing just 25 matches for Zent, the club loaned him with an option to buy to the Ligue 1 club FC Nantes, a French Professional Football based in Nantes, on 12 August 2021. Starting as a XI player in the final, the Accra-born winger was instrumental and a vital playmaker for the team.

Bukari was pleased to win his first professional title and be a member of the FC Nantes in clinching the fourth Club Coupe de France trophy since 2000. After ten months with FC Nantes, the young attacking midfielder chose to join the Serbian Red Star Belgrade on 21 June 2022. The versatile player is still yet to play his debut game for the Red Star.

The Red Star Belgrade crucial player Bukari is never lacking behind to full his nation's responsibility. On 25 March 2021, the rising football winger made his senior team debut in the match against South Africa in an AFRCON 2021 Qualifier.

How much money does he make from his profession? Net worth and market value

Osman Bukari, the vital and skilled player for Red Star Belgrade turned pro in 2018. He is still yet to make millions in the future. His primary source of income is playing for the top football clubs. As of 2022, the ex-Trencin playmaker has appeared for several top clubs, including Nantes, Trencin, Gent and Red Star Belgrade. So, we can speculate on the fortunes he acquired from playing for these clubs. 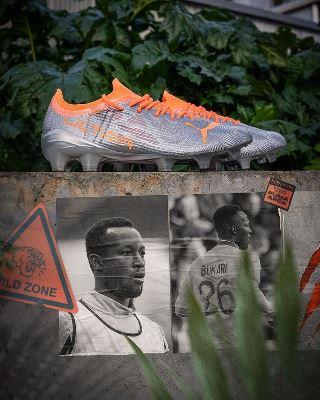 As per the report, Osman's net worth equals $5 Million (approx). When he was in contract with Zent and Nantes, he earned an annual pay of €3,50,000 and a weekly pay of $6,731. Regardless, the salary figure he receives from his present club Red Star Belgrade is yet to be transparent. Moreover, he also earns a pretty good amount from his sponsors and commercial deals. As of now, the Ghanian professional footballer is worth € 3 million.

Puma endorses Osman Bukar. Via his Social media handles, Bukari promotes Puma brands products and receives a decent amount of money for his job. However, the funds he generates from it are still yet to be displayed.

The Ghana National team player Osman Bukari is a self-centered individual that has not opened anything regarding his love life. So, it is quite challenging to determine his relationship status. He is still in the beginning phase of his career, so he is concentrated and committed to his career rather than dating. There are no gossip and news concerning his love life, so he is believed to be single presently.

Osman Bukari is available on various social media platforms. Among them, he is more active on Instagram. Despite his presence on Instagram, he hardly posts. There are just 17 posts on his Instagram handle. His Instagram id is @osmanbukari30, and he has 11.7K followers. He interacts and updates his fans about his sports life via his Instagram account.

Moreover, he took every opportunity to advertise his sponsor and brands on his social media platforms.