Oslimg Mora is a well-known Peruvian professional football player. Mora plays for the Peru national team and football club Alianza Lima. Alianza Lima is a football team from Peru that competes in Peru's top league, the Peruvian Premier Division. He has three international caps to his name but has yet to score for Peru.

Mora usually plays from the right-winger position; however, he also plays in the right-mid and right-back places per team needs. Oslimg wears jersey number 25 on his back for his club Alianza Lima. Delightful Peruvian player Mora's trophy cabinet contains one Peruvian Championship with club Alianza Lima in season 2021.

Oslimg Mora, professionally known as Mora, was born in Pisco city, Peru, on June 2, 1999. According to an astrologer, Mora's sun sign is Gemini.

His parents, according to information, are Peruvian and of South American heritage. Mora is a Peruvian citizen with Peruvian nationality. Oslimg Mora has also been tight-lipped about his siblings. 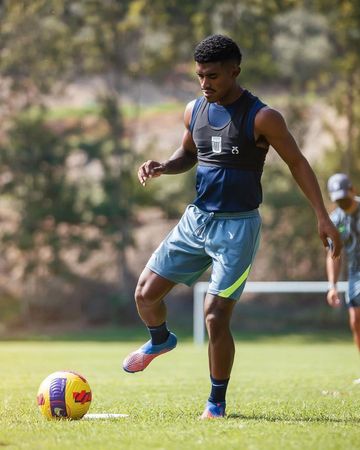 Oslimg Mora for the Alianza Lima in the Peruvian league SOURCE: [email protected]

Oslimg has short black hair and eyes that are somewhat brown. He is 5 feet 8 inches tall. He weighs 63 kg. Mora regularly exercises to keep his body in shape as a football player.

Also, read the biography, net worth, and relationship status of Voria Ghafouri.

He was later called to play in all four group games in the 2019 South American U-20 Championship. He made his Peruvian national team debut against Bolivia in a World Cup qualification on October 10, 2021.

Oslimg's net worth, salary, and contract

Oslimg's market value is €475Th. This amount is his highest market value as per the transfer market. Oslimg's net worth as a football player is $2 million. 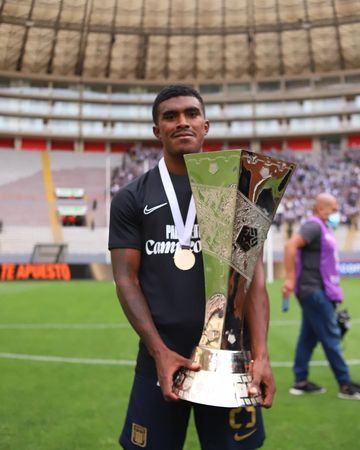 Also, know about Yuta Nakayama's net worth and biography. Oslimg Mora and Guadalupe Tataje were in a long-term relationship before they married. Mora couple is blessed with one child. So, Mora lives a happy life with his wife and child in Peru.

Oslimg, a fantastic player for Alianza Lima, is a habit and active social media user. He is mainly focused on Twitter and Instagram social media rather than others.